Below is a list of Dennis Dodd's College Football Coach Hot Seat Ratings for the 2015 season.

Two coaches received the dreaded "5" rating this season, Illinois' Tim Beckman and Virginia's Mike London. Beckman has gone 12-25 in three seasons at Illinois, while London has a 23-38 record in five seasons. Neither coach has won a bowl game.

Seven coaches have a least a 4 rating, including two from major conferences. Colorado's Mike MacIntyre, Iowa State's Paul Rhoads both have a 4 rating.

Note: Table is sortable. This year's ratings do not include half a point. * -- Charlotte is moving up FBS in 2015, while UAB is not playing until 2016. 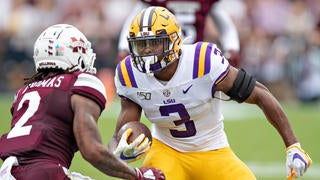