Who are the most underdrafted players in Fantasy Baseball, according to ADP? Scott White's choices point to a particular market inefficiency that seems to have emerged.

Fantasy Baseball analysis has gotten pretty sophisticated over the years, particularly with the more recent introduction of Statcast data. Its role in clarifying some of the inferences made during the sabermetrics era has left little room to disagree over what makes for a good or bad player anymore.

Instead, it's a question of believability. Sure, these numbers are supported by those other numbers, but can we trust in those other numbers? And opinions diverge along the lines of track record, anecdotal evidence and intuition — you know, the same tools that used to guide us back when ERA was considered a cutting-edge stat.

Granted, we haven't come totally full circle. We're not flying as blindly as we did then. The disagreements surround a smaller group of players, but the form that those disagreements has taken is fascinating. As best I can tell, the closest thing to a market inefficiency in these days of justified groupthink is the surprising mid-career breakout. As in: "Yes, this player had a huge year, and yes, the data supports it, but ... come on. We know better than to believe it, right?"

It's disbelief for disbelief's sake — an attitude fashioned by more primitive tools like track record and intuition. And judging by ADP, it's a pretty universal one.

The justification for passing over these players, at least to the extent it's happening, is too flimsy for me to join in. I'll downgrade them to a degree, but not to the degree the majority seem to, and because of that, this list of underdrafted players is largely populated by last year's surprising mid-career breakouts. They aren't my sleeper or breakout picks for 2020 — I have separate columns for those — but they are some of the players I find myself drafting most often just because the price is right.

Of course, not all of these underdrafted players are the kind everyone else is scared of. In fact, the first up is universally regarded as a Fantasy stud. 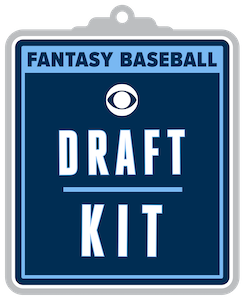 Dominate your Fantasy Baseball draft with our free Draft Kit, which gives you must-have sleepers, breakouts, busts, and rankings. Plus see the top players at each position, complete with winning projections. Get your Draft Kit now!
12 of the most underrated