Tigers, Royals face off, both trying to end losing streaks

The Kansas City Royals return from a horrendous road trip to face the Detroit Tigers in the first game of a six-game homestand Monday night.

The Royals lost six of seven in Anaheim and Oakland and have matched a season-worst four games below .500. The Tigers have lost three straight games and seven of their last 10.

The Tigers lost 4-1 to the visiting White Sox on Sunday to conclude a three-game sweep, in which they were outscored 24-7.

The Royals lost their third straight in Oakland, 6-3. After scoring six late runs on Thursday to beat the A's, the Royals did not lead in the final three games of the series.

The problem for the Royals on the road trip was falling behind early, especially against the A's. They scored two runs in the first six innings of the four-game series combined, and both of those came Sunday. They scored 12 runs in innings 7-9, including one on Sunday.

"I think we left some money on the table there," manager Mike Matheny said of finally getting early production on Sunday. "We had more opportunities there. It was good to get one (in the second). But then we needed to get a shut-down (inning) right after that, and we gave up a couple more (runs).

"The big hit kind of eluded us."

The Tigers followed up a 15-2 loss on Saturday with a punchless effort against Carlos Rodon on Sunday. Rodon held the Tigers hitless for 6 1/3 innings, and they only managed one hit all day.

Detroit manager AJ Hinch is trying to figure out combinations that have a chance to work for his young club.

"It's our reality," he said. "I can't really look at it any other way than you've got to try to put these guys into position to be successful. They all have the ability to compete here. We've got some bona fide big leaguers here. It's just a matter of staying patient with the development."

Boyd will be trying to win back-to-back starts for the first time since 2019.

Before his win on June 8 over Seattle, Boyd had suffered four straight rough outings, giving up 18 earned runs over 20 2/3 innings and going 0-3. But he rebounded to give up just one unearned run in six innings in the Tigers' 5-3 victory over the Mariners.

Keller had a rough time in his last start in Anaheim. He allowed five runs on eight hits in 5 1/3 innings. It snapped a streak of eight straight starts in which he lowered his ERA, after starting the season with an ERA of 12.00 in his first four starts.

"That was tough," Keller said. "The beginning, I felt like I had some of my best stuff fastball-wise. Letting it slip away like that was pretty tough to swallow. Just unfortunate breaks at a time where I felt like I needed to really get deep in the game." 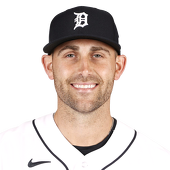 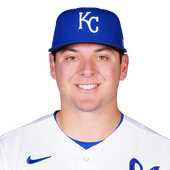