MLB Awards: 2015 Rookie of the Year voting results and ballots

Kris Bryant and Carlos Correa are the 2015 Rookies of the Year. Here are the individual voting results and ballots for each league.

Courtesy of the Baseball Writers Association of America website, here are the voting results for the 2015 NL Rookie of the Year:

Giants third baseman Matt Duffy easily edged Pirates infielder Jung Ho Kang for the runner-up spot. Mets righty Noah Syndergaard wasn't too far away from jumping into the top three. That he finished fourth in the voting shows how incredible the 2015 NL rookie class is. 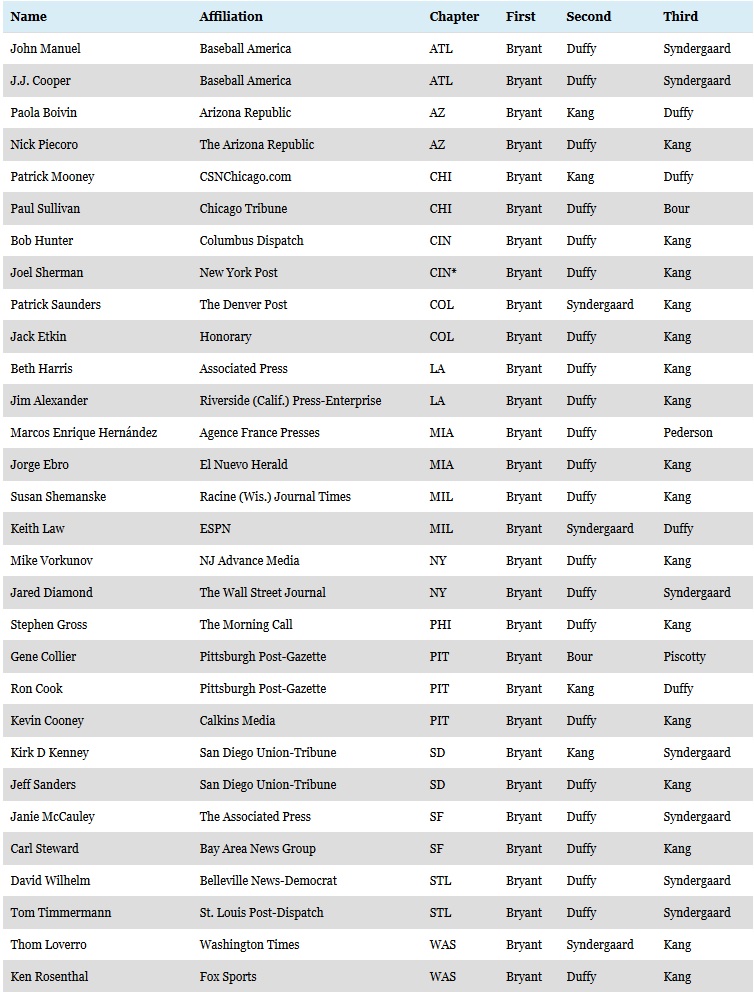 Once again, courtesy of the BBWAA website, here are the voting results for the 2015 AL Rookie of the Year race. This was much, much closer than the NL race.

Like I said, Correa narrowly edged out Lindor. Either player could have won the award and I don't think too many people would have argued. Lindor actually beat Correa in WAR (4.6 to 4.1) while Correa had the edge in power numbers. Both had tremendous seasons. 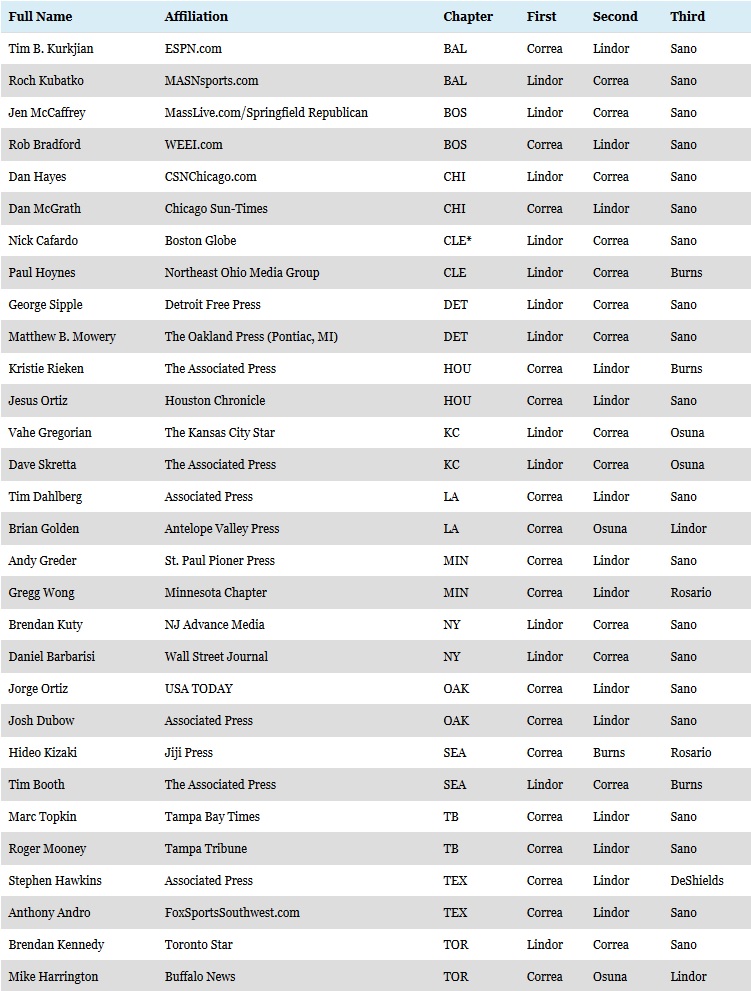 The Manager of the Year awards will be announced Tuesday. Cy Youngs follow Wednesday and MVPs follow Thursday. Here are the finalists.