How the Spurs used a simple back cut action to seal their Game 5 win vs. Grizzlies

The bucket pushed the Spurs' lead to seven, and the Grizzlies never got that close again

Kawhi Leonard is starting to buck this trend, but for years and years, decades even, the Spurs have made a living through their system, rather than one-on-one play. They cut, they screen, they execute better than just about any team in the league. Late in the pivotal Game 5 against the Grizzlies, that proved especially true, as they used a neat little back cut action to seal their victory.

With under five minutes to go in the fourth quarter, the Spurs were clinging to a five-point lead, as once again the Grizzlies were proving difficult to put away. That was when Gregg Popovich decided to reach into his bag of tricks for a classic Spurs set which they've used to success countless times before.

The set begins with Tony Parker getting the ball to the wing, while David Lee and Leonard congregate at the strong-side block. It looks like any number of actions, where a big sets a screen for a wing on the block, creating a little separation for the wing to go get the ball. 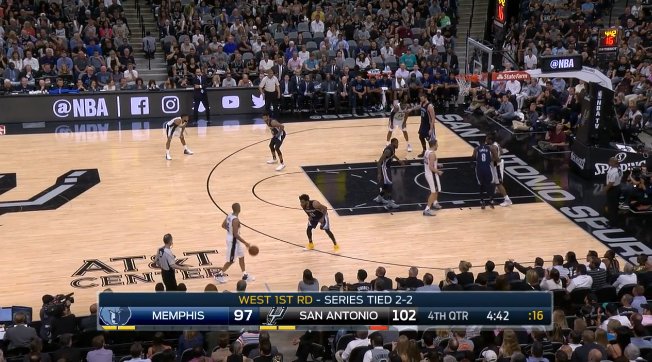 However, there really isn't a screen, as Lee pops out to the corner, and Leonard begins to cut up to the top of the key. Meanwhile, the other two Spurs -- Patty Mills and LaMarcus Aldridge -- are chilling on the other side of the floor, acting as decoys and creating good spacing. 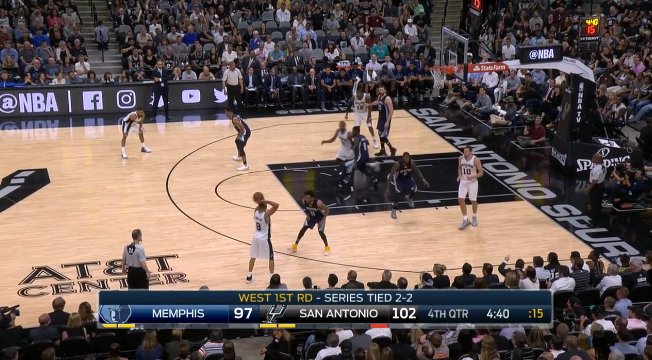 Once Lee gets to the corner, Parker tosses him the ball, which initiates the main action, as Leonard immediately puts on the brakes and back cuts right down the middle of the lane. The Spurs play on the Grizzlies' -- in this case, James Ennis' -- expectations.

Many actions involve an offensive player cutting out to the wing or the top of the key to receive the ball. It's something defenders see all the time, and Ennis doesn't expect anything different here. So as Ennis overcommits a bit to try and deny Leonard the ball at the top of the key, which is where he assumes he's going, Leonard beats him back door. 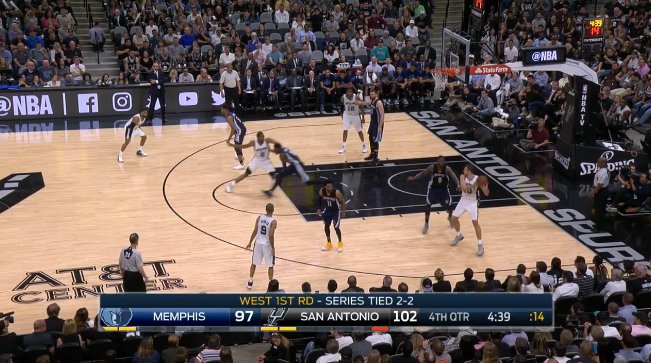 Lee then whips the pass inside to Leonard, who now has the ball in the middle of the lane, just a few feet from the basket. Marc Gasol, as smart as he is, actually does a good job getting over to help, but it's just a hair too late, and anyways, once Leonard has the ball in this area, there's not much you can do. 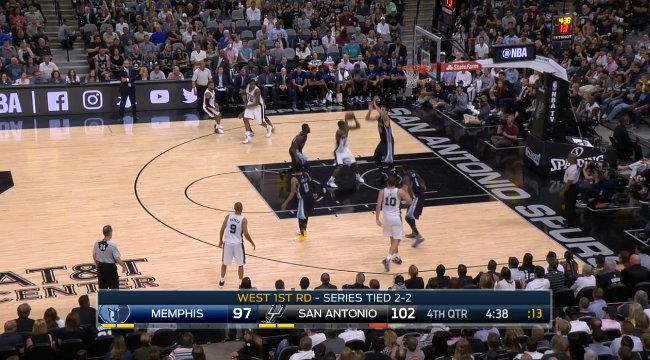 The bucket pushed the Spurs' lead back up to seven points, at 104-97, and the Grizzlies never got closer again.

This little action by the Spurs is one of my favorites. It's so simple, but continues to work for them time and time again.

Especially, it seems, against the Grizzlies, as they've used this back cut to get key buckets against Memphis multiple times before.

In 2013, during Game 3 of the Western Conference finals, they ran the action for Manu Ginobili to get a bucket which gave them the lead late in the fourth quarter. (Sorry for the quality on that clip.)

And they used it again in 2014 against the Grizzlies during their epic triple-overtime affair, this time getting Ginobili a bucket late in double overtime to tie the game.

Warriors fall victim to trap game they all saw coming

Hornets vs. Hawks Picks and Predictions