Why Giannis Antetokounmpo winning MVP is a big deal, plus the best bets for a busy weekend

We shouldn't ignore the history of the NBA MVP award altogether

Congratulations to you on getting through another week. Your reward is a weekend full of football, baseball, basketball, hockey, soccer, golf and any other sport I might have forgotten. Also, congratulations to Giannis Antetokounmpo -- I did not spell it correctly on the first try, the "nm" always gets me -- on winning the NBA MVP award for the second straight season. Sure, it's a bit awkward to accept the award after your team has already been eliminated from the NBA playoffs, but it's still quite the honor.

Also, while some will no doubt have fun at Giannis' expense for the way his team hit the wall in the playoffs yet again, we shouldn't ignore the history of the NBA MVP award altogether. Michael Jordan won his first NBA MVP in 1988, a full three seasons before he won an NBA title. LeBron James won the award in back-to-back seasons with the Cavaliers in 2009 and 2010. His first NBA title didn't come until 2012.

Of course, if the Bucks are ready to move on and want to sell high by trading Antetokounmpo to the Chicago Bulls, I'll allow it.

Here's what else is happening right now:

All times Eastern, and all odds via William Hill Sportsbook

🏀 Lakers vs. Nuggets, 9 p.m. | TV: TNT
The Pick: Nuggets (+250): Let me start by saying that it's fine f you aren't as brave and courageous as I am. You shouldn't feel pressured to hold yourself to the same standards I hold myself to. Live your truth. But -- BUT! -- I am taking the Nuggets to win straight up for a reason, and I'd like you to hear me out.

Have you seen how the Lakers have approached the postseason so far? In the first round against Portland, the Lakers lost Game 1, 100-93, and everyone was like, "oh my god what if the Lakers are actually bad and Damian Lillard is the greatest player of all time?" The Lakers then responded by winning the next four games against Portland by an average of 15 points. Then the second round came, and there were the Lakers losing to Houston, 112-97, in Game 1. Again, we wondered if the Lakers were DOOMED. Nope, they won the next four by an average of 13.75 points per game. The Lakers have used each series's first game to figure out what their opponents are planning to do against them. Then, after Game 1, they make adjustments and romp. If that approach holds, there's a good chance the Nuggets will win tonight, so if I can get them at +250 on the money line, I'm taking it. If you're a coward, you can take Denver +7.

Key Trend: The Nuggets are 5-1 ATS in their last six games.

Twins at Cubs, 8:15 p.m. | TV: MLB.TV
The Pick: Under 7.5 (-110) -- When it comes to games at Wrigley Field, you're often betting the park more than the teams playing. That's the case with this matchup tonight, as the Cubs look to close in further on a division title and the Twins close in on a playoff spot of their own. Both of tonight's starting pitchers -- Kyle Hendricks and Rich Hill -- do an excellent job keeping the ball on the ground and limiting hard contact. That, combined with a cool temperature and strong winds blowing straight in from center, will make scoring runs difficult for both teams.

Giants at Athletics, 9:40 p.m. | TV: MLB.TV
The Pick: Under 8.5 (-105) -- I like the under in this matchup because while neither Chris Bassitt nor Logan Webb are high-strikeout types, both do an excellent job of limiting the long ball. Webb's groundball rate the last two seasons is 13% better than the league average among starters, and his flyball rate is 31%(!) lower than the league average. Bassitt's numbers aren't so extreme, but he performs well in both too. Also, both of these teams are home to the best bullpens in baseball right now. Over the last 30 days, Oakland's pen has an ERA of 1.95, while the Giants are right behind at 2.05.

Panthers at Buccaneers, Sunday, 1 p.m. | TV: Fox
The Pick: Under 48 (-110) -- Did anybody else get a little depressed watching the Saints and Bucs last weekend? I suppose we could blame Tom Brady's slow start on the lack of preseason, but I think that ignores the fact that he didn't look especially magnificent last season, either. I know there was a lot of hype about the Tampa offense coming into the season, but it didn't look great last week, and now could be without Chris Godwin. I'm not ready to pounce on the Panthers here, so instead, I'm going to trust both defenses to limit the opposing offenses as best they can. I'd like this line a whole lot more if it crept up to 49, but I'm still comfortable enough at 48 to take it here.

Key Trend: The under is 6-2 in the last eight meetings.

49ers at Jets, Sunday, 1 p.m. | TV: Fox
The Pick: Jets +7 (-110) -- Yes, that's right, I saw the Jets play last weekend and thought, "oh man, I can't wait to bet on them next week." It's true! Not because of the Jets, but the overreaction and belief in a 49ers team coming off a Super Bowl loss. I took the Cardinals +7 against the Niners last week, and the Cardinals won. I don't expect the Jets to win here, but I'm not ruling it out. San Francisco has been hit hard by injuries and just added Richard Sherman to the IR. Sure, the Jets won't have Jamison Crowder, but at least they don't have to fly across the entire country before playing an early game. Confront your fears. Bet on the Jets.

Key Trend: The 49ers are 1-8-1 ATS when favored by six points or more under Kyle Shanahan.

Looking for more NFL picks? Make sure to check out our NFL Expert Picks page.

Miami at Louisville, Saturday, 7:30 p.m. | TV: ABC
The Pick: Miami +2.5 (-110) -- The Hurricanes ran all over a strong UAB rush defense in their season-opening win. This week they take on a Louisville team that has a dangerous offense and a porous defense, particularly against the run. The Louisville defense allowed 205.8 rushing yards per game (112th nationally) and 5.4 yards per carry (120th) last year. Miami knows that, and we'll see a heavy dose of D'Eriq King and Cam'Ron Harris this weekend. I'd strongly consider taking the Canes straight up too.

Key Trend: The under is 6-0 in Miami's last six games as a road underdog.

If you'd like to see more of my college football picks for this weekend, read my weekly column The Six Pack.

SportsLine lock of the day: The SportsLine Projection Model is heavily favoring one side of White Sox vs. Reds on Friday at 7:10 p.m. ET. SportsLine subscribers can get picks for that game, and for every other MLB game today, here.

Anthony Davis ($15K FD/$10.4K DK) -- Don't overthink this one. If you're playing the single-game slate tonight, you're going to want The Brow in as many lineups as you can get him. He's a DFS beast and has always been one. In four games against the Nuggets this season, he's averaging 29.3 points, 9.3 rebounds, 2.3 assists, 2.3 blocks and 1.3 steals per game. Get him in your lineup or lose.

Nikola Jokic ($16K FD/$10.6K DK) -- While I don't hate any of the "big four" options tonight, Jokic is the one I'm least interested in. The Clippers didn't have an answer for him defensively, but the Lakers do. I'm not saying avoid him entirely, but I wouldn't put him in my MVP slot for the night. He's probably going to have a good game, but not a great one.

SportsLine's team of DFS insiders has you covered for daily fantasy sports. Mike McClure has won almost $2 million playing DFS and is one of the top MLB DFS experts anywhere. Check out his MLB picks here, and be sure to see what he's picking for NBA DFS here too. Use SportsLine's all-new DFS Optimizer to get optimal NFL DFS picks from 10,000 simulations. 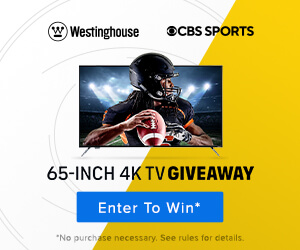 Every day during the MLB season we're going to pick a pitcher to attack by taking home run props on several different players from the same team. Tonight we are attacking Detroit Tigers starter, Michael Fulmer.

Fulmer loves giving up dingers and the wind will be blowing out tonight. These are the hitters you want to be on:

NBA Mock Draft: Ball jumps up to No. 1