Peyton Manning keeps getting free beer, here's what he was just sent

If you like free beer, all you need to do to get some is win a Super Bowl and then give a shoutout to Budweiser after the game. That plan seems to be working for Peyton Manning.

Anheuser-Busch was so thrilled with Manning's shoutout at the Super Bowl that the company planned on sending 50 cases of Budweiser to Manning and his teammates, according to ESPN.com.

At 24 bottles per case, that means Manning will be on the receiving end of over 1,000 bottles of beer.

Anyway, the Brewers Association decided it didn't want Manning drowning himself in Budweiser, so they decided to send something more tasty: Craft beer.

The group put together a care package of 10 beers and sent it to the Broncos quarterback, according to the Craft Beer program director at the Brewers Association, Julie Hertz. 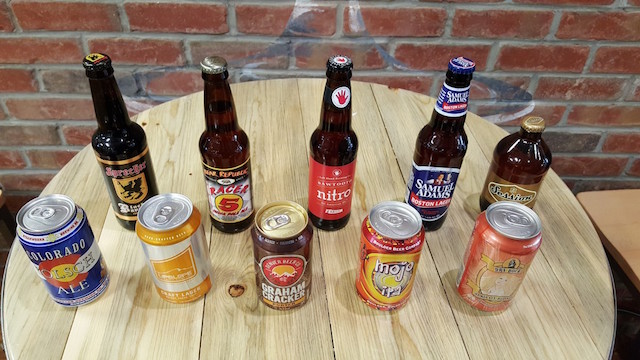 "To help you celebrate, we wanted to share some craft beers from the over 4,100 small and independent craft brewers in Colorado and beyond," Hertz wrote in a letter that was sent with the care package. "These indie brewers represent the ethic and integrity that makes our country so great and are also worthy of support. We've included a variety of choices for you to enjoy."

The package means that Manning will get to enjoy the following beers, including six that were brewed in Colorado and one that was brewed just two hours away fromLevi's Stadium, the site of Super Bowl 50.

On the other hand, Manning reportedly owns a stake in two Anheuser-Busch distributors, so he might just giveaway this care package. If he decides to go that route, I'll gladly take it Peyton. I love free beer. It's not as good as free tacos, but it's close. OK, they're equal.

Ravens preparing to not have Ronnie Stanley vs. Chiefs

Carr on Big Ben: 'One of the best QBs in our game'

Patriots vs. Jets preview: How to watch, odds, pick