Bennett had the go-ahead goal and an assist, and the Calgary Flames scored five times in the first period again to beat the Winnipeg Jets 6-3 on Wednesday night.

Calgary took the lead for good at 8:20 of the first when Bennett ripped a 25-foot wrist shot into the top corner for his second goal in two games. Next shift out, he combined with TJ Brodie to set up a goal by Matthew Tkachuk.

''I've wanted this opportunity for a while and I said I'd make the most of it. I'm not going to let my foot off the pedal now,'' Bennett said. ''The confidence is definitely pretty good right now. I feel confident in my plays and I'm able to make plays and not be scared to make mistakes. It's a great feeling.''

Dillon Dube, Mark Jankowski, Johnny Gaudreau and Derek Ryan, with an empty netter, also scored as Calgary (13-8-1) moved back into first place in the Pacific Division.

The Flames became the fourth team in NHL history and first in nearly 30 years to score five or more goals in consecutive first periods. Calgary also scored five times in the first Monday against Vegas in a 7-2 win.

The St. Louis Blues were the last team to accomplish the feat back in November 1989.

''It was just embarrassing,'' Winnipeg forward Patrik Laine said. ''That's not the Winnipeg Jets. That's not the way we want to play this game. It was bad. It was real bad.''

Elevated to the second line alongside Tkachuk and Mikael Backlund to start the homestand, Bennett remains in that spot. The fourth pick in the 2014 draft has earned accolades from his coach and teammates in helping the Flames win three of their past four games.

It was the first multipoint game of the season for Bennett. Half of his eight points have come in the past four games.

''Benny is one of those guys, he's a young guy still, he's getting comfortable with what he brings to the table,'' Flames coach Bill Peters said. ''He's got a real bright future. We've said all along, we've liked him, we've liked him a lot. His competitiveness has led to the opportunity of playing more and he's capitalized on that.''

Laine scored two goals and Brandon Tanev had the other one for Winnipeg (12-6-2).

''There was quite a bit that didn't go our way tonight,'' captain Blake Wheeler said. ''Some of that was self-inflicted and some of it, the puck just wasn't bouncing our way.''

Tanev took advantage of poor defensive coverage and scored on his own rebound just 15 seconds into the game.

Tkachuk's shot leaked through Hellebuyck's glove, making it 3-1 and ending the evening for the Jets goaltender. He exited after giving up three goals on nine shots.

''We've got three in a row right now and I think everyone in our locker room feels great,'' Rittich said.

Down 5-1, Winnipeg started to chip away at the lead, beginning with Laine's one-timer with 14 seconds remaining in the second period.

On a nearly identical-looking goal, only this time on the power play and off a setup by Dustin Byfuglien, Laine's 13th of the season 6:17 into the third drew the Jets within two.

Laurent Brossoit stopped 14 shots in relief of Hellebuyck. He took the loss to fall to 3-1-1.

NOTES: Flames forward Michael Frolik (lower body) was scratched and replaced by Austin Czarnik. ... Calgary entered the night as the only NHL team to have five players with at least 20 points. ... For the Jets, it was just the second regulation loss in their last 20 games against Pacific Division opponents (15-2-3).

Jets: Have split the first two games of a four-game trip that continues Friday in Minnesota.

Flames: Play at Vegas on Friday. 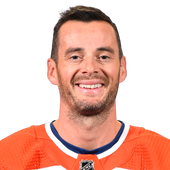