Crosby scored two goals, Letang returned 12 days after the second stroke of his career and the Penguins defeated the Buffalo Sabres 3-1 on Saturday night.

''He's done similar things, but nothing like this,'' Crosby said of the veteran defenseman. ''He's looking good for going through what he's going through.''

Rickard Rakell also scored to help the Penguins win their fifth straight and improve to 12-2-2 in their last 16 games. Casey DeSmith, making his first start in six games, stopped 37 shots as Pittsburgh completed a sweep of the home-and-home series after also winning 4-3 in overtime at Buffalo on Friday night.

Peyton Krebs scored for the Sabres, who lost for the third time in five games. Ukko-Pekka Luukkonen finished with 28 saves.

''That first period wasn't our best,'' Krebs said. ''It started with some penalties that kind of ruined the flow a little bit.''

Rakell opened the scoring for Pittsburgh with a power-play goal 4:22 into the game. He converted a rebound from the left faceoff dot for his 12th as the Penguins scored with the man advantage in their fifth straight game. Evgeni Malkin continued a five-game point streak with an assist.

Crosby made it 2-0 at 6:51 of the first when he beat Luukkonen with a backhander from the side of the crease. Jake Guentzel extended a seven-game point streak with the primary assist.

Krebs pulled the Sabres within one at 11:00 of the third period. He deflected a point shot from Casey Fitzgerald behind DeSmith for his second of the season.

Crosby put the game away in the final two minutes when he scored on a partial breakaway for his 17th. It capped Crosby's 165th career three-point game, surpassing Jari Kurri for ninth-most in NHL history.

Letang, who missed five games, led the Penguins with 22:14 of ice time. He played on the second defensive pairing with P.O. Joseph. Letang didn't play on the team's top power-play unit, but he saw time with the second group and committed a third-period holding penalty.

''The timing still needs to get a little bit better, but the legs were there and I felt pretty good out there,'' Letang said.

The 35-year-old Letang suffered his second stroke on Nov. 28 after dealing with a series of debilitating headaches. He skated on his own two days after the diagnosis and returned to practice with his teammates 10 days later.

''When I started feeling better, I ramped up the intensity in practice, but there were a couple things to wait on like blood tests and stuff like that to make sure I could go into contact,'' Letang said. ''Once it was clear, I got the green light.''

Letang missed more than two months in 2014 after his first stroke, which was caused by a small hole in the wall of his heart. The condition also led to his second stroke, which was described by team physician Dr. Dharmesh Vyas as ''smaller'' than the one Letang previously endured.

''Kris has a medical team of doctors that have put him through a litany of tests and these are some of the smartest doctors in the world in their respective fields,'' Penguins coach Mike Sullivan said. ''Kris's health, first and foremost, is the utmost priority from everybody.''

The Sabres played without Jeff Skinner, one of their top forwards. He was suspended three games on Saturday following an illegal cross-check to the head of Guentzel on Friday night.

Buffalo also played without defenseman Henri Jokiharju, who was placed on injured reserve with a lower-body injury. Jokiharju, a top-four defenseman, is considered week-to-week. 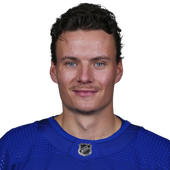