TEMPE, Ariz. (AP) Travis Boyd knocked in his own rebound early in the third period to break a tie and Clayton Keller added his second goal of the game late as the Arizona Coyotes held on to beat the New York Islanders 5-4 on Friday night.

''I just took it to the blue paint and was able to smack in the rebound,'' Boyd said. ''It was a big one for me. Going through a little cold streak, it is always nice to get one. Hopefully I can get on a little bit of a roll.''

Mathew Barzal had a goal and an assist, and Sebastian Aho, Anthony Beauvillier and Noah Dobson also scored for the Islanders, who are 1-3-1 in their last five. Oliver Wahlstrom had two assists. Ilya Sorokin finished with 24 saves.

Keller has five goals in his last three games, and both his goals in this game were redirected into the net after hitting Islanders defenders. His second-period goal caromed off Scott Mayfield's skate, and he gave the Coyotes a 5-3 lead with 5:11 left after his shot appeared to hit Alexander Romanov in the groin region.

''There were a few pretty goals, but there were a lot of deflections, rebounds. Traffic. It was that kind of a game on both sides, a heavy game,'' Coyotes coach Andre Tourigny said. ''We created a lot of offense off our forecheck, and they did the same.''

Aho beat Vejmelka with a slap shot from above the left circle just 1:41 into the game on New York's first shot.

Barzal made it 2-0 when he slipped in a rebound of Robin Salo's slap shot from the left point with 6:27 left in the opening period. Barzal, fifth in the NHL with 27 in assists, scored his third goal - all in the last 13 games.

Gostisbehere cut it to 2-1 when he picked up an attempted clearing pass and put a wrist shot from the the slot through traffic with 44 seconds remaining in the first.

''Giving up that goal shifted momentum a little bit,'' Islanders coach Lane Lambert said. ''We have to be better. We have to find a way to get it back. There are certain points and certain moments the momentum swings, whether it be us or somebody else, has a problem trouble getting it stopped immediately, which has to happen.''

The Coyotes scored twice in a 14-second span midway through the second to take a 3-2 lead. Keller scored first, when his wrist shot from the left circle caromed in off Mayfield at 8:55. Bjugstad followed after the ensuing face-off on a one-timer from the left circle for his seventh.

Dobson scored an unassisted goal to tie it at 3-3 with 2:15 left in the second period. It was his second goal in two games.

Boyd put the Coyotes ahead for good at 2:08 of the third. Schmaltz assisted on both third-period goals in his 12th game since returning from an upper body injury suffered in the first game of the season. Boyd, Keller and Schmaltz are linemates.

''I think that line is best when they get on the forecheck,'' Tourigny said. ''They are the kind of guys who can read the play and always they always have the stick in the right place and can create the turnover.''

Keller's 29 points are the most for a Coyotes player in the first 28 games of the season since had Ladislav Nagy had 30 in 2003-04. ... Islanders F Kyle Palmieri returned after missing 10 games with an upper body injury. ... Beauvillier needs one goal to reach 100 in his career. ... Islanders D Adam Pelech (upper body) was placed on injured reserve, retroactive to Dec. 6.

Islanders: At Vegas on Saturday night for the second of a five-game trip.

Coyotes: Host Buffalo on Saturday night in the second of a three-game homestand. 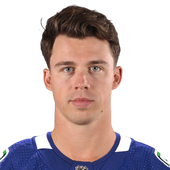