With right-winger Blake Wheeler and defenseman Nate Schmidt sidelined by injuries, the Jets simply turned to less-familiar faces to overwhelm the Vancouver Canucks en route to a 5-1 win.

''That's Winnipeg Jets hockey,'' said Kyle Connor, who had a goal and an assist. ''That's what we've been talking about all year. Next man up. Everybody do their job.

Capobianco made just his fourth appearance of the season for Winnipeg and Jonsson-Fjallby netted his first goal since Oct. 27.

Vancouver, too, was missing key pieces, with forwards Elias Pettersson and Brock Boeser out due to a non-COVID illness.

''Playing with new guys it's always tough. But at the same time, guys are always gonna be hurt and we're always not gonna have a perfect lineup and we've got to find ways to get it done without them,'' said Horvat, who scored Vancouver's lone goal.

''And it just wasn't good enough by everybody.''

A sizable contingent of Jets fans in the crowd cheered as the final buzzer went, drowning out a smattering of boos from frustrated Canucks fans.

Vancouver finally got on the board after Winnipeg's Dylan DeMelo was called for holding 14:28 into the third period.

Seconds into the man advantage, Horvat tipped a Quinn Hughes' shot in past Hellebuyck from the middle of the slot.

The Canucks were 1-for-3 on the power play Saturday and Winnipeg went 1-for-2.

The Jets took a three-goal lead into the third period Saturday and refused to relent.

Gagner scored 56 seconds into the final frame, collecting a pass across the slot from Dubois and firing it in for his fifth goal of the season.

Jonsson-Fjallby followed, sending a wrist shot past Martin from the faceoff circle at the 7:59 mark to put the visitors up 5-0.

Josh Morrissey notched an assist and his 200th NHL point on Connor's goal.

Jets coach Rick Bowness said Saturday that his team will be without Wheeler for about four weeks and Schmidt for four-to-six weeks. Winnipeg has placed Schmidt on injured reserve. The team has called up defenseman Ville Heinola from the American Hockey League's Manitoba Moose on an emergency basis.

With Pettersson and Boeser out of the lineup, Vancouver called Lane Pederson up from the Abbotsford Canucks on Friday.

Jets: At Seattle on Sunday to finish a two-game trip.

Canucks: Host St. Louis on Monday night in the second of a three-game homestand.

WPGJets
VANCanucks
STARS OF THE GAME 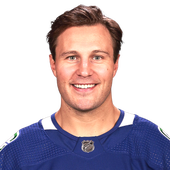