Cole Caufield intercepted Alex Galchenyuk's pass in Montreal's zone and moved in with Suzuki on a 2-on-0. Suzuki made a pass to Caufield after crossing into Toronto's zone, got the puck back from his rookie teammate and beat Jack Campbell to the blocker side.

''Sometimes those 2-on-0s are a little bit more difficult,'' Suzuki said. ''We're both capable of scoring and making plays. It was a great play by him to touch it right back.''

''Resiliency,'' Price said. ''It's not easy to have the right mentality going into an overtime like that after giving up a two-goal lead in the third.''

''Any time your back's against the wall, you push back,'' Hyman said. ''You saw that from them. We've been in that situation before and you always respond.''

The Quebec government will allow 2,500 fans into the Bell Centre on Saturday for Game 6, the first NHL crowd in Canada since the start of the COVID-19 pandemic in March 2020.

''They will deserve that game big time,'' Montreal center Phillip Danault said. ''It's going to be crazy there. It's going to be awesome. I can't wait to be in front of our fans. Been waiting for that all year. And here we are, Game 6 against Toronto, Saturday night at home. Can't get any better than that.''

The Maple Leafs missed an opportunity to win a playoff series for the first time since 2004, but still have two more cracks at advancing.

The Winnipeg Jets await the winner following their sweep of Edmonton in the North Division's other first-round series.

Kotkaniemi gave Montreal a 3-0 lead at 4:52 of the second period.

The top seed in the division during the NHL's pandemic-truncated campaign, 18 points clear of their opponent in the standings, the Maple Leafs showed some life 1:40 later when Mitch Marner threw a puck in front from behind the goal line that Hyman slid home.

Toronto cut it to one just after its only power play ended when Muzzin blasted a point shot through a screen at 6:52 of the third.

The Maple Leafs got even with 8:06 left in regulation when Muzzin drove the net and tipped Galchenyuk's shot through Price's legs.

''They were much more desperate than us in the first,'' Toronto star Auston Matthews said. ''They jump out to a quick 2-0 lead, but I'm proud of the way that we fought back.'' 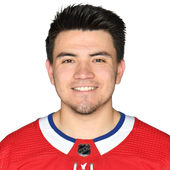