We like to look back at the NHL teams that no longer exist. This week we examine the brief history of the Cleveland Barons in the mid-1970s.

Welcome to lost franchises, an offseason series that will look back at the NHL teams that no longer exist. Even though they're gone, they won't be forgotten. This week's installment: Perhaps the most overlooked team in NHL history, the Cleveland Barons.

There are many teams that no longer exist in their original form that still have a cult-like following in the hope that one day they will return to the NHL.

Everybody still loves the Hartford Whalers (perhaps even more than they did when the Whalers actually existed) and Quebec Nordiques, and every once in a while you will see a random Minnesota North Stars or Oakland Seals jersey or hat floating around. (True story: I saw a guy wearing a Seals jersey last year at a mall in Southwestern Pennsylvania.) There's at least a basic knowledge of those teams, their history, and there is always somebody who still remembers that they actually existed before relocating elsewhere throughout the league.

One defunct franchise that seems to have been completely forgotten and ignored by the hockey community is the short-lived experiment in northeastern Ohio known as the Cleveland Barons. That's right, more than two decades before the Columbus Blue Jackets came into existence, the NHL had a two-year presence in Ohio in the mid-1970s.

Before the Barons, the city of Cleveland actually had a pretty lengthy history of professional hockey including a wildly successul AHL team (also named the Barons) that existed between 1929 and 1973, and a WHA team known as the Cleveland Crusaders.

The Barons were Cleveland's only taste of the NHL.

It wasn't necessarily a successful run for the team, both on the ice and off, but it happened. This is how it happened and what it looked like.

Where they came from: After trying on multiple occasions to land an expansion franchise over the previous decade, the city of Cleveland was able to land the California Goldens Seals when they relocated before the 1976-77 season. The Seals, originally known as the Oakland Seals, were one of six expansion franchises that were introduced during the 1967 season, joining Pittsburgh, Philadelphia, St. Louis, Los Angeles and Minnesota. After struggling for several years on the ice and financially, minority owners George and Gordon Gund convinced majority owner Mel Swig to relocate the club to Cleveland, which happened to be their hometown. Once everything was finalized and completed, the team moved and was renamed.

Where they played: The Richfield Coliseum, which was at the time the largest arena in the NHL with a capacity of 18,544.

The problem: Nobody went to see them. During the 1976-77 season, the Barons' first in Cleveland, they played before an average crowd of 6,194. That number dropped to 5,676 the following year. The fact the arena was located an hour outside of the city of Cleveland probably did not help.

They were coached by... Jack Evans. He coached the franchise during its final year in California and its only two years in Cleveland. He would return to the NHL as a head coach in the 1980s, leading the Hartford Whalers to two postseason appearances, including the franchise's only postseason series win during its time in Hartford.

Were they any good? No. Most certainly not. They were actually one of the worst teams in the NHL during their brief existence, which probably didn't help their struggles at the box office. In two years the Barons posted a record of 47-87-26, finishing in last place of the Adams Division in both seasons behind Original Six powers Toronto, Boston and Montreal.

Greatest moment:  It would have to be Nov. 23, 1977, when the Barons defeated one of the great Montreal Canadiens teams by a 2-1 margin at the Richfield Coliseum. The Canadiens, who went on to win the Stanley Cup that season as part of their four-year championship run in the late '70s, lost just 10 games during the regular season. By comparison, the Barons were one of the worst teams in the league and managed to win just 23 games all season.

Needless to say, it was a pretty stunning upset, especially since the Barons twice lost games that season by 10 goals; an 11-1 loss at the hands of the Philadelphia Flyers on Dec. 11, and a 13-3 thrashing to the Buffalo Sabres on Feb. 25 that was part of a 15-game losing streak.

Cleveland's 2-1 win over the Canadiens was the only time in two years the team beat Montreal in 10 tries. The Canadiens outscored them 47-18 in the other nine games. The fact they were able to win even one game against that powerhouse Montreal team is pretty incredible.

Their best player: This honor probably has to go to Dennis Maruk, a young forward who was just breaking into the NHL and starting to make his mark.

Maruk led the team in scoring each season, tallying 74 goals to go with 85 assists over the two years. He would go on to have a lengthy NHL career that saw him score 356 goals in 888 career games, including a pair of 50-goal seasons (including one 60-goal season) with the Washington Capitals in the early 1980s.

Along with being the most productive player in Cleveland Barons history, Maruk also has to be considered for the NHL's all-time greatest mustache team. His facial hair was just starting to make its presence felt in Cleveland. 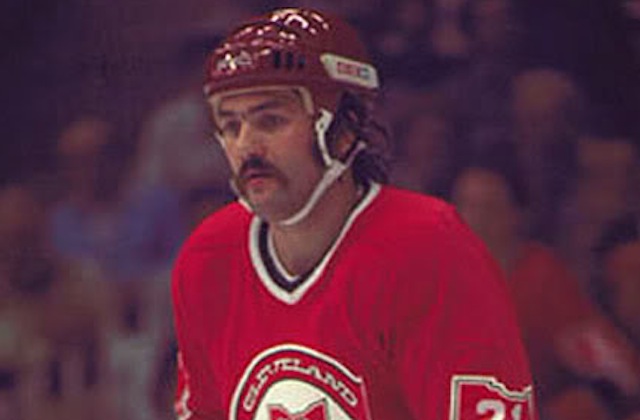 It would later grow into this... 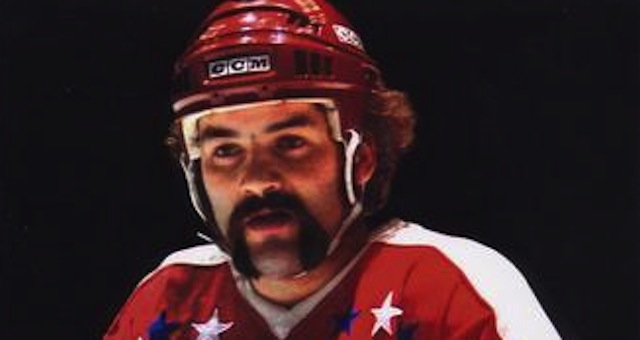 He was also the last player with ties to the Barons to play in the NHL.

What happened to them: Following the 1977-78 season the Barons merged with another franchise, the Minnesota North Stars, that was also struggling financially. No other major North American sports team has ceased operations since then

Yes, there is video evidence the Barons existed:

Lundqvist 'months' away from thinking about return

NHL postpones Sharks-Knights due to COVID

Lundqvist returns to ice for first time since surgery