Sharks open the season with 4-3 shootout win over Coyotes

''Goaltending a lot of times is your most important player on the ice,'' Sharks coach Bob Boughner said. ''Jonsey was our best player tonight.''

The Coyotes trailed 3-1 after Evander Kane's goal midway through the third period, but scored twice in the final 3:30 to force overtime. Keller scored the first after some nifty stickhandling by Conor Garland and Kessel tied it be whacking a rebound out of the air.

Jones stopped the Coyotes on a two-man break in overtime and turned Keller away after Garland hit the post on the previous attempt. Jones had 34 saves in the 2021 opener for both teams.

''I just tried to stay patient,'' Jones said of the save on the two-man break. ''I just kind of threw my foot out there and got lucky.''

Tomas Hertl had two goals and an assist for San Jose. Kane added a goal and two assists.

Darcy Kuemper stopped 32 shots for Arizona. Keller and Garland had a goal and an assist each.

''We had our moments and I thought for the most part the guys played hard,'' Coyotes coach Rick Tocchet said. ''We had a chance to win the game with 2-on-0 in overtime and the goalie made a hell of a save.''

Arizona made its first postseason appearance in eight years in last year's NHL bubble and returned nearly everyone on the back end. The Coyotes lost several key forwards, including former league MVP Taylor Hall, and replaced them with six new players who they hoped would add a bit of grit.

The Sharks relocated to Arizona for training camp and the start of the season due to strict coronavirus protocols in Santa Clara County.

They seemed to feel at ease in their temporary home, scoring twice in the first period. Hertl had both goals on rebounds, the first on a power play.

Jones was sharp in his crease, turning away a couple of short breakaways and a late power play.

The Coyotes buzzed to start the second period and Garland scored late on a power play, beating Jones on a shot that hit Sharks defenseman Brent Burns' stick.

The Coyotes continued to pressure the Sharks in the third period, but Kane slipped behind their defense for a short breakaway and lifted a shot over Kuemper midway through.

The Coyotes kept pushing, scoring on Keller's shot from just outside the crease and Kessel's second whack at a rebound with an extra attacker.

Arizona missed an opportunity to win its on the 2-on-0 in overtime and failed on two of its three chances in the shootout.

''We worked hard and kind of created our own luck with our work ethic,'' Kessel said. ''We created some chances and sometimes you get the breaks.''

Boughner took over as San Jose's interim coach when Peter DeBoer was fired last month. He was hired as the full-time coach before this season and the Sharks picked up a win right out of the gate after needing five games to get their first last season.

''It wasn't perfect tonight, there were a lot of mistakes, but you're never going to complain about getting two points,'' he said.

The Coyotes are one of a handful of teams to allow a limited number of fans to their games. Attendance was capped at 3,450, but the Coyotes were thankful to have the support after playing in fan-less bubble to end last season.

''It surprisingly looked pretty good,'' Garland said. ''The way they had everybody spread out, it looked like a pretty good crowd.''

The Sharks and Coyotes play the second of the two-game series on Saturday.

SJSharks
ARICoyotes
STARS OF THE GAME 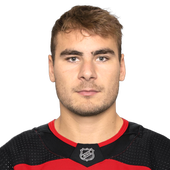