EDMONTON, Alberta (AP) Connor McDavid had a hat trick and an assist, Ryan Nugent-Hopkins scored twice and added an assist and the Edmonton Oilers beat the Vancouver Canucks 5-2 on Thursday night.

Leon Draisaitl, the NHL's top scorer last season, had four assists to help the Oilers rebound from a 5-3 loss to the Canucks a night earlier in the opener for both teams.

''The power play was good. The (penalty kill) was good,'' McDavid said. ''I think the hockey games have gone the way I kind of expected, a little bit more high scoring than they might be at this time of year if it was a normal year, and that's across the league.''

Mikko Koskinen made 38 saves for the Oilers.

''I thought they came out a lot harder than we did to start the game, put us back on our toes early,'' Schmidt said. ''We've got to get used to this. This is going to happen. You play the same team on back-to-back nights in their own building, it's going to happen. ''

The Oilers scored twice with the man advantage after going 0 for 4 on Wednesday. Edmonton had the top power play in the NHL last season at 29.5%.

Canucks: At Calgary on Saturday and Monday nights.

VANCanucks
EDMOilers
STARS OF THE GAME 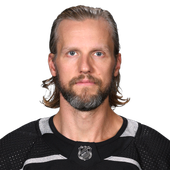