LAS VEGAS (AP) JT Miller had a goal and two assists and the Vancouver Canucks beat the Vegas Golden Knights 5-1 on Saturday night.

Vancouver won its second straight on a three-game trip that ends Sunday in San Jose. The Canucks have won four of five after a three-game skid.

Vegas, meanwhile, lost for the second time in two nights after losing for the first time ever to Seattle on Friday. Prior to Saturday, the Golden Knights were 11-1-3 against the Canucks, including a 5-4 win in Vancouver on Nov. 21.

''We knew they played yesterday and we knew they lost, we knew they were going to come out hard, so we needed to be ready from the start and I think we did,'' Pettersson said. ''We played a good 60 minutes of hockey.''

Vancouver opened a 2-0 first-period lead behind a pair of power-play goal, one from Boeser's deflection in front of the net, and the second from Miller when he found the back of the net with a shot from the left circle.

The barrage of power-play goals continued in the second period, as Pettersson lasered a one-timer from the right dot to extend Vancouver's lead to three goals.

The Canucks finished 3 of 5 with a man advantage, and have now converted 19 times on 52 opportunities since Oct. 24. Their 36.5% conversion rate in that span ranks No. 1 in the league.

Overall this season, Vancouver ranks second on the power play at 29.3%.

''Special teams win us games,'' Pettersson said. ''We played good 5-on-5 today, but we got three today on the power play, which is huge. And they didn't score on our PK, so special teams somewhat won us the game today.''

But the Canucks changed things up later in the period with a pair of even-strength goals to push it to 5-0.

First, it was Kuzmenko skating down the slot alone and burying Nils Aman's pretty feed from behind the net.

And with two seconds left in the second, it was Vancouver's captain, Horvat, taking Miller's pass from the crease and firing it past Thompson. The five-goal deficit sent the Golden Knights down the tunnel for intermission amidst a chorus of boos from an announced crowd of 18,004.

''The first seven, eight minutes, we were the better team,'' Vegas coach Bruce Cassidy said. ''We had some good looks. ... In hindsight, when you're playing your fifth game in eight days, if one of those goes in, maybe it gives us some juice and we're not chasing the game. Their goalie made big saves. Then we got ourselves in penalty trouble, and didn't get the job done.''

Marchessault ruined Martin's bid for Vancouver's first shutout win of the season with a goal late in the third period.

For Martin, it wasn't about allowing a late goal as much as it was about keeping the puck out of his net early on.

''It's important not to go down early on the road,'' Martin said. ''They have a really awesome crowd here, so just to keep them quiet as long as we could and from there the guys took over.''

Canucks: At San Jose on Sunday. 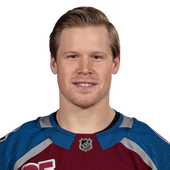