The curiosities of Rube Waddell

Rube Waddell was a great pitcher, but he was also something of a character.

On the occasion of our unveiling of the Athletics' all-time single-season team, let us reflect upon the essence and curiosities of a member of that august collective. That would be ace lefty Rube Waddell ... 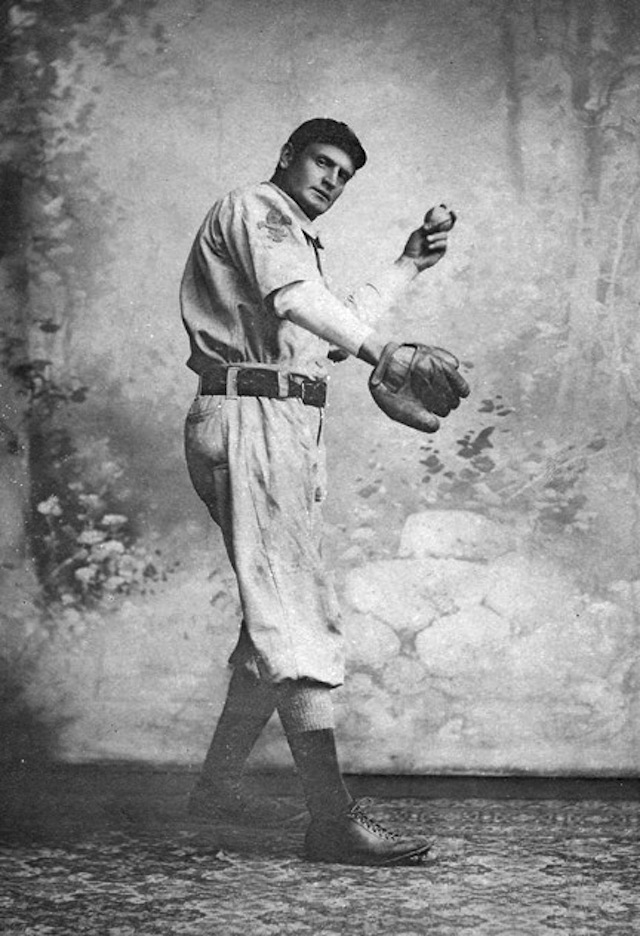 Waddell, a strikeout artist in an era when strikeouts were rare feats, is a deserving Hall of Famer. He was also, to put it charitably, not the most cerebral presence on the mound. Many have speculated that Waddell was clinically disabled or at the very "least" affected by a personality disorder. None of that is to be made light of, to be sure, but these desciptions of the ungovernable Waddell simply must be passed along.

Known to occasionally miss a scheduled start because he was off fishing or playing marbles with street urchins, Waddell might disappear for days during spring training, only to be found leading a parade down the main street of Jacksonville, Florida, or wrestling an alligator in a nearby lagoon.

And here's this from the most essential Bill James Historical Baseball Abstract:

... Sam Crawford recalled in The Glory of Their Times that manager Hughie Jennings "used to go to the dime store and buy little toys, like rubber snakes. ... He'd go to the first base coaches box and set them down on the grass and yell, 'Hey, Rube, look!'" [Christy] Mathewson told a story to Fred Clarke of Pittsburgh throwing Waddell completely off his game by inviting him out to his ranch in Kansas to do some hunting after the season. He had a bird dog that he offered to give Waddell if the dog took a liking to him, and Waddell got to thinking about the dog and forgot about the ball game. He didn't draw a regular salary because he didn't know what to do with it; he'd just go to the manager and get $5 or $10 as he needed it. One manager said if you gave him $25 you might not see him again for a week. He was irresistably attracted to fire engines, and on the day that he was pitching a teammate or more was always assigned to make sure he got to the ballpark all right, and didn't go off chasing any fire engines."

It's entirely possible -- and has been posited elsewhere -- that the chasing firetrucks bit is apocryphal. However, let's just all agree that it's true, mostly because it needs to be.

A lesser miracle, I suppose, is that Hollywood hasn't already gotten its paws on this story and used it in the service of a groaningly overwrought lead performance (think the execrable "I Am Sam" set to baseball). On the other hand, James Cromwell could be Connie Mack, which sounds fine.

To be fair, though, who among us has not left a day's work undone because we were thinking about a dog?