Arthur Kaliyev tied it for the Kings with 7:02 left, but the Knights capitalized in the waning seconds after the Kings made an ill-advised move up the ice instead of running out the clock for overtime. Chandler Stephenson controlled a turnover at mid-ice and carried it in for Stone, who whipped a shot past Jonathan Quick to cap Vegas' three-goal third period.

''We had our breakdowns, but that's just learning curves,'' Stone said. ''If we can cut those in half, we'll get it done. Power play got a little talking-to in between periods there. We stepped up for it in the third.''

William Karlsson had a goal and an assist as the Golden Knights put a whopping 51 shots on Quick, including 20 in the final period. Jonathan Marchessault and Jack Eichel also scored, while Alex Pietrangelo had assists on Vegas' last two goals.

Cassidy spent the past six seasons with the Bruins, who fired him in June even though Boston made the playoffs in every year of his tenure. The Golden Knights hired him eight days later to get the NHL's model expansion franchise back to the postseason.

''I thought we showed a lot of resilience,'' Cassidy said. ''We kept pushing back whenever something didn't go our way. ... For a coach, you're always worried that when you don't know your team that well - it's our first league game - what will happen when things don't go well? It's always, to me, a sign of good character in the room when a team is resilient, so that's a big plus for me no matter how the score turned out.''

Logan Thompson made 27 saves in his first game since becoming Vegas' first-choice goalie in the absence of injured Robin Lehner and Laurent Brossoit.

Quick made 47 saves while starting on opening night for the 14th time in the Kings' last 15 seasons. Gabe Vilardi and Adrian Kempe also scored for Los Angeles, but coach Todd McLellan lamented his team's poor game management and overall defensive intensity while saying the Kings' last-minute turnover ''makes no sense'' and ''was just stupidity.''

''We've preached and preached about it,'' McLellan said. ''Sometimes you've got to get hit pretty hard with a two-by-four. Maybe this was it. ... That is all game management. That's getting engaged and being ready to go. Their team did a better job of it than we did tonight.''

Vegas' impressive entrance into the NHL in 2017 coincided with the Kings' decline from the best times in franchise history, but the momentum shifted last season between two teams separated by about 3 1/2 hours of desert freeway.

Los Angeles ended its three-year playoff drought and stretched Edmonton to seven games in the first round after finishing the regular season five points ahead of the Golden Knights, who missed the postseason for the first time.

In their first meeting of the new season, the Knights showed they've got more than enough offense to break through the defense-minded Kings.

''We wasted an outstanding goaltending night by not at least getting a point,'' McLellan said. ''That's disappointing.''

Eichel put Vegas ahead early in the third with a rebound goal, but Kempe tied it 2 1/2 minutes later with a one-timer on a sharp pass from captain Anze Kopitar, who is beginning his 17th season with the Kings.

After Eichel and Kempe traded goals early in the third, Karlsson expertly redirected Pietrangelo's soft pass from the point with 12:43 to play. Los Angeles answered moments after a power play expired, with Kaliyev hitting an open net after a scramble in front.

NHL Commissioner Gary Bettman attended the game and said he was pleased with the renovations and additions to the Kings' downtown arena. Although the league has no active expansion plan, Bettman said he has received numerous inquiries from parties interested in getting a new franchise in the NHL, which currently has a symmetrical 32 teams. 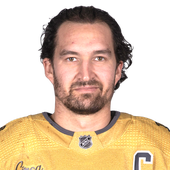