NEW YORK (AP) Mika Zibanejad helped the New York Rangers get the new season off to a winning start.

Zibanejad scored twice, including a tiebreaking power-play goal in the third period, and the Rangers beat the Tampa Bay Lightning 3-1 Tuesday night.

Barclay Goodrow also scored and reigning Vezina Trophy winner Igor Shesterkin stopped 26 shots to help the Rangers start the season with a win against the Lightning team that eliminated them from Eastern Conference final in June.

''The way we played tonight is a lot how we want to play - to trust ourselves and trust the system.,'' Zibanejad said. ''We did a good job tonight and we have to keep doing that.''

Zibanejad, who scored a short-handed goal early in the second period, gave New York a 2-1 lead at 5:11 of the third with a slap shot from the left circle off a pass from Artemi Panarin, who got his 250th point with the Rangers.

''Obviously, it's nice to see the puck go in, not just to get the win but the way we won,'' Zibanejad said.

Goodrow made it 3-1 as he deflected Ryan Lindren's long shot from the left point past Vasilevskiy with 9 minutes remaining.

Steven Stamkos had a power-play goal for the Lightning and Andrei Vasilevskiy had 36 saves.

''We competed we just didn't execute at all, and when you're not going to do that it doesn't matter how hard you try,'' Lightning coach Jon Cooper said. ''We looked frustrated in the third. ... We're a better team than we showed tonight.''

The Rangers outshot the Lightning 14-8 in a scoreless first period, and 18-8 in the second.

''Right from the get-go, I thought we were engaged, we were on it, we were competing,'' Goodrow said. ''I thought everyone did a good job. From the drop of the puck we were playing well. It was a full team effort tonight. It was a great first game.''

The Lightning, tops in the NHL with 291 power-play goals over the last five seasons, got their first man advantage of the game early in the second period. However, seconds after Vasilevskiy stopped two short-handed slap shots by Chris Kreider, Zibanejad skated in from the right side, got around the goalie's poke check and lifted a backhander into the top left corner at 3:25 to put the Rangers up 1-0.

Tampa Bay had a 5-on-3 advantage for 2 minutes when K'Andre Miller (tripping) and Goodrow (elbowing) were whistled for penalties with about 12 minutes remaining in the middle period. The Lightning took advantage as Stamkos fired one-timer from center point off a pass from Nikita Kucherov to tie it at 9:09.

''Special teams was the difference,'' Cooper said. ''When you give them a short-handed goal and a power-play goal, you're making it tough on yourself, and it ended up being the difference.''

The Rangers were on the power play later in the period when Vasilevskiy was out of position and Kreider had an open net on the left side but defenseman Mikhail Sergachev skated over and stopped Kreider's chance with his stick with 6 minutes to go. Vasilevskiy then slid over and denied Kreider's attempt on the follow.

Vasilevskiy stopped a shot by Goodrow with a little more than 11 minutes remaining in the first. At the other end, Shesterkin stoned a driving attempt from Nick Paul from the right side 20 seconds later, and then denied the follow-up from Brandon Hagel.

Vasilevskiy also turned aside two attempts in close by Jacob Trouba with about 6:45 left, and then made a right pad save to deny Kreider's deflection from the left doorstep on a Rangers power play with 2:40 remaining.

The Lightning were without D Zach Bogosian and C Anthony Cirelli, both recovering from surgeries. They were also missing D Ian Cole, who was suspended pending an investigation into allegations made on social media that he sexually abused a woman when she was a minor.

Rangers RW Vitali Kravtsov went to the dressing room midway through the first period after being knocked down and into the boards by Lightning defenseman Victor Hedman. The Rangers announced early in the second period he would not return to the game due to an upper body injury. After game, coach Gerard Gallant said Kravtsov was `day to day' and they wouldn't know the severity of the injury unto tomorrow.

The Rangers won all three meetings in the regular season last year, and then won the first two games in Eastern Conference final. The Lightning then trailed 2-0 in Game 3 before rallying to win four straight games to return to the Stanley Cup Final for the third straight year.

Lightning: At Columbus on Friday night to continue a three-game trip.

Rangers: At Minnesota on Thursday night to open a two-game trip.

TBLightning
NYRRangers
STARS OF THE GAME 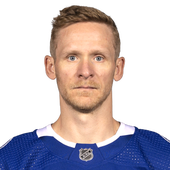