Toronto Blue Jays third baseman Brett Lawrie will be suspended four games for his outburst in Toronto on Tuesday. He will appeal the suspension. 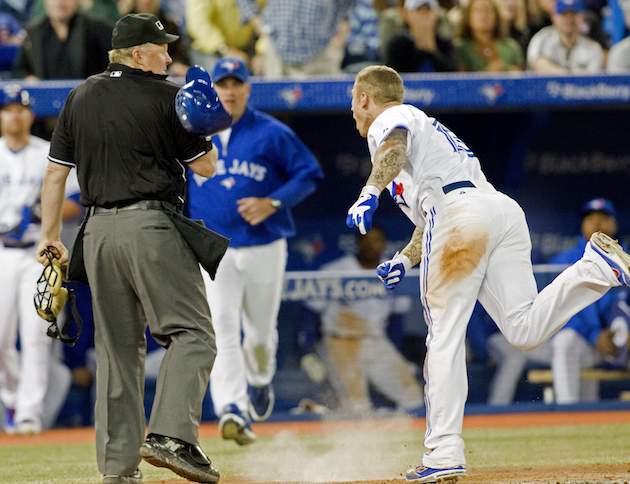 Toronto Blue Jays third baseman Brett Lawrie will be suspended four games, CBSSports.com Insider Jon Heyman reports. Lawrie will appeal and is in the lineup for Wednesday's game against the Yankees.

Lawrie was ejected after arguing a called third strike in the ninth inning of Tuesday night's game against the Rays in Toronto. After he was ejected, he slammed his helmet on the ground and it bounced up and hit umpire Bill Miller.

For his part, Lawrie didn't seem terribly apologetic, even after learning of his suspension. "The only thing I would change is maybe not throwing the helmet or any equipment toward the umpire because you can get an unlucky hop and have the kind of mess that's going on right now," he said.

Jays GM Alex Anthopoulos also seemed to think too much was being made of Lawrie's outburst. "Everyone knows he didn't throw it at anybody, it happened to bounce and hit someone," Anthopoulos said. "If he had turned a little to his right or a little to his left, I think you're probably not even involved in any type of suspension."

Kumar Rocker could pitch in independent league in 2022

Mike Trout is very into the east coast snowstorm

Top prospect for every team entering 2022