Thanks again to labor strife, we'll have no baseball on the Fourth of July for the second time since 1871

Regard your National Association scoreboard for July 4, 1871:

Before we proceed, know that the above occasions your National Association Hackneyed Meme of the Day: 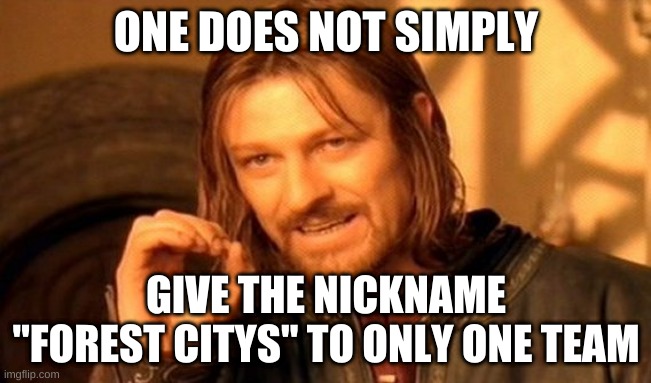 The National Association is regarded by most as the first true major league. It would disband after the 1875 season but quickly reemerge as the National League, which of course remains with us to this day. You'll note the date -- Independence Day, 1871. That marked the first time that baseball at the recognized major-league level was played on the Fourth of July.

The holiday, as you're doubtless aware, commemorates America's declared (and later realized) independence from Great Britain. On July 4, 1776, the Continental Congress formally adopted the Declaration of Independence, which is why the day is still celebrated in the U.S. However, no less a figure than John Adams insisted that July 2 should be the exalted date on the calendar, which is when the Continental Congress voted in favor of a resolution of independence. The final joke, though, was upon Adams, as he wound up dying on a July 4. Although the Fourth of July wasn't formally recognized as Independence Day until 1870, it marked celebrations as early as 1777, when the War for Independence was still ongoing and the outcome still in doubt.

Long before the Fourth of July killed John Adams in 1826 in an act of blood-soaked reprisal, Adams wrote the following in a missive to his wife, Abigail: "It ought to be solemnized with Pomp and Parade, with Shews, Games, Sports, Guns, Bells, Bonfires and Illuminations from one End of this Continent to the other from this Time forward forever more."

Adams was of course stumping for July 2, but those leisured (and capitalized) pursuits came to be associated with July 4. "Sports" gloriously numbers among them. That brings us back to the summer game of baseball and its mostly enduring presence on Independence Day. Thanks to the COVID-19 pandemic and recent labor strife within the sport, we'll have no baseball at the highest level on July 4 for just the second time since 1871.

The first time we were deprived of baseball on the Fourth was in 1981. That year players struck over the issue of free-agent compensation. Owners in essence wanted any team that lost a free agent to be compensated by receiving a player of similar worth -- perceived or actual. To say the least, this would've stripped away any semblance of the descriptor "free" in free agency and destroyed those hard-won liberties that at the time were barely six years old. Players rightly oiled their guns for war over the matter, and the strike spanned 50 days and carved out more than 700 total games from what would've been the heart of the season, the July 4 slate among those games. The strike finally ended when players and owners agreed to a "free-agent compensation draft," which was in place for the next four seasons.

Then comes the 2020 season that at this writing has yet to begin. Recall that players and owners originally discussed restarting the season on July 4. And what an occasion that would've been. Whether you think the comeback of baseball is a bold and needed return of the routines and assumptions that bind us or an imprudent lurch into uncertainty (or a brew of both), each is somewhat American in spirit depending upon your ideologies. Whatever the case, that opportunity for formal and informal holiday to intersect in the service of our uplift has been squandered.

When it comes to the necessary business of allocating blame, it's tempting to harrumph about "a pox on both their houses" and lean on the stale old chestnuts of millionaires versus billionaires. Those are comfortable reactions that make you look like you're staking out a sensible middle ground. However, it fails to capture reality.

That we don't have baseball on July 4 is the fault of team ownership, just as it was in '81. Back in late March, MLB and the Players Association (MLBPA) forged an agreement that, among other things, established that players would be paid pro-rated salaries based on the number of regular season games played. Although it was entirely predictable at the time that fans might not be able to attend games because of the ongoing COVID-19 pandemic, owners only much later attempted to renegotiate salaries based on that unsurprising reality. Players rightly refused to engage on the already settled matter of salary, and one of MLB's attorney's even admitted that "players are not required to accept less than their full prorated salary.'' Instead, players offered repeatedly to reduce the number of games in the regular season. Owners in essence made the same proposal three times in succession, and by that point it was apparent that the management side was stalling to ensure that a regular season of significant length was impossible.

It was a full two months after the signing of the March 26 agreement that owners presented a revised economic proposal -- to repeat, on matters that the union understandably considered to be settled. The very next day, the MLBPA wisely rejected it. Five days later, the union made a counter-proposal. MLB rejected it and leaked that they would not be making another proposal. Eight days later, however, they indeed made a counter-proposal that didn't measurably increase the players' aggregate salary over the prior offer. The MLBPA made yet another offer the very next day, but the owners took three days to make -- yet again -- an offer that in substance was the same as the others. The union rejected that offer and told Manfred to schedule the season, as he was allowed to do per the terms of that March 26 agreement. Thereupon Manfred began waffling about the possibility of implementing a season even though days before he'd guaranteed he would do so. Manfred and union head Tony Clark then met and Arizona, which led to another round of exchanged proposals. Finally, the players turned down the owners' final offer, and Manfred at last set a schedule of 60 games. By that point, the trundling pace of negotiations on ownership's side allowed nothing more. That final outcome wasn't settled until June 23, and by that point it was too late to have baseball on Independence Day.

In keeping with what we did up top, let's update today's scores. This score is denominated not in runs, but rather in days whittled away during negotiations while July 4 advanced across this and every Gregorian calendar. To the big board:

Owners "win," even if you're overly charitable and don't count those first two months after the March agreement against them.

During a recent appearance on Dan Patrick's radio show, commissioner Rob Manfred let the mask slip a bit -- quite a bit, actually -- when he said: "The reality is, we weren't going to play more than 60 games no matter how the negotiations with the players went."

Manfred later tried to walk back those remarks, but it's certainly a noteworthy initial response when it comes to sussing out why we won't have baseball on Independence Day in 2020. It's because owners, after years upon years of vast profits and even more vast increases in franchise values -- all abetted by an antitrust exemption, cartel-like behavior, and billions upon billions of tax dollars -- didn't have the fortitude for one down year during a global pandemic. So there will be no baseball on the Fourth of July.

This day in baseball has marked a number of notable happenings. In 1899, John McGraw became the first player to steal second, third and home in the same inning. In 1911, Armando Marsans and Rafael Almeida debuted for the Reds and became the first Cuban-born players to appear in MLB. Lou Gehrig gave his indelible "Luckiest Man" speech before the adoring throngs of Yankee Stadium on July 4, 1939. Ted Williams on that same day in 1948, in the midst of a 14-run frame by the Red Sox, became the first American Leaguer to face three different pitchers in the same inning. In '67, Joe and Phil Niekro became the second pair of brothers to oppose each other as starting pitchers (Phil prevailed). Three years later on July 4, Tony and Billy Conigliario of the Red Sox became the eighth different set of siblings to homer in the same game. Independence Day '83 saw Dave Righetti of the Yankees no-hit the Red Sox. And most gloriously on July 4, 2001, 50 people were stranded for two hours on a Ferris wheel at Detroit's Comerica Park and eventually had to be rescued via fire department cherry-picker. Even John Adams recoils at such July 4 misfortune.

The point of all that is that none of all that, or anything much like it, happened in 1981 or will happen in 2020. Let us not forget that the Collective Bargaining Agreement is set to expire after the 2021 season, and given recent labor tensions it seems possible that a strike or lockout could interrupt that season. Perhaps, then, we should spare some of these current lamentations for next Fourth of July, too.