Laine was back in action after missing the past seven games with an ankle injury. He played his second game in Winnipeg since the Jets traded him to Columbus in January 2021.

''I can kind of feel it during the morning skate if I'm feeling good or not and I felt like I was going pretty good this morning,'' Laine said. ''So I had good thoughts for tonight and I feel like right off the start our line was playing good hockey.''

Erik Gudbranson was credited with a goal after the puck went in off a Jets player. Gustav Nyquist also scored to help Columbus snap a three-game skid.

Joonas Korpisalo made 37 saves for the Blue Jackets.

''It wasn't our best,'' Jets oach Rick Bowness said. ''We had a lot of bad performances from a lot of players in that room. We did. The team game kind of went out the window at times, defensively.'' 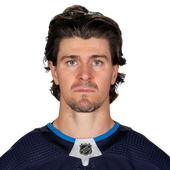