DETROIT (AP) Dylan Larkin was the only scorer in the shootout and the Detroit Red Wings extended their winning streak to four games with a 4-3 victory over the Arizona Coyotes on Friday night.

Defenseman Filip Hronek scored his fifth goal in four games on a power play. Hronek, who added an assist, has 10 points in the last six games.

''It's like everything he shoots is going is,'' said forward Lucas Raymond, who had two assists. ''Everyone knows he has a great shot, so he's been getting it off and everyone's seeing it now. I feel we've seen it for a long time, we've seen it all the time in practice. It's fun just trying to feed him the puck.''

Jordan Oesterle, another defenseman, scored his first goal this season and Andrew Copp added a power-play goal. Lucas Raymond and Tyler Bertuzzi each had two assists and Ville Husso had 20 saves for Detroit, along with three shootout stops.

The Wings have received 13 goals from their back line in 20 games.

''Our defensemen are not chasing offense. They're joining the rush properly and we have structure in the O zone,'' coach Derek Lalonde said. ''Maybe (they have) a little confidence now. Obviously, I don't think the shooting percentage of our D is sustainable, but it's going in because we're playing the right way. It just happens to be the D right now, which is a good sign.''

Arizona's Jakob Chychrun scored his first goal of the season with 26 seconds remaining to send the game into overtime.

Detroit led 1-0 after the first period. With Dylan Guenther in the penalty box for high sticking, the Red Wings scored with seven seconds left in the power play. Copp scored his second goal of the season, sliding in a rebound from the slot after Vejmelka stopped a shot by Raymond.

The Red Wings held a 3-2 advantage after two periods.

Zach Kassian's roughing penalty gave the Red Wings another power-play opportunity, and Hronek cashed in at 4:02 of the second. He lifted a slap shot over Vejmelka's left shoulder.

''The biggest thing is we're playing for each other and it's paying off,'' Hronek said.

Schmaltz redirected a Jakob Chychrun shot past Husso at 8:32 of the period. Oesterle answered 28 seconds later, lifting a shot over Vejmelka's glove. Moser's blast from the right circle cut the Red Wings' lead to one.

Detroit barely killed off a Bertuzzi penalty late in regulation before Chychrun's goal.

''We did a good job to get that third goal,'' Arizona coach Andre Tourigny said. ''We know Jakob can shoot, so we wanted to get a lot of traffic in front. They did a great job and we got one to go in off a skate.''

''He's a really good player and he's got a lot of good options for the shootout,'' he said. ''I just wanted to stay patient and wait for him, but he's got a good shot and did the job.''

Lalonde was relieved to come away with two points.

''Even if we had found a way to lose in overtime or the shootout,'' he said. ''I thought we played well.''

This was the Coyotes' ninth game during their current 14-game trip. ... Oesterle's goal was his first since March 10, against Minnesota. ... Arizona C Clayton Keller, who assisted on Moser's goal, has 12 points in eight games against Detroit. 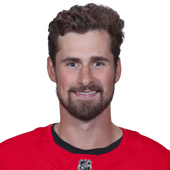