Cristobal Huet won't be returning to the NHL this season as he signed a four-year contract to remain in Switzerland. 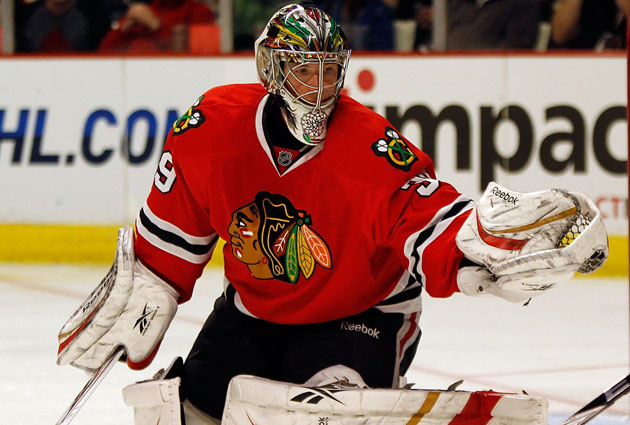 Cristobal Huet was looking to make a return to the NHL this season, but it's not going to happen as the veteran netminder signed a four-year contract with Swiss hockey team Laussane.

The deal was originally reported by Matias Strozyk on Saturday morning, and the team has since announced the signing on its website.

Huet last played in the NHL during the 2009-10 season as a member of the Chicago Blackhawks. He entered the season as the starter, but ultimately lost the No. 1 job to then-rookie Antti Niemi who went on to help lead the Blackhawks to their first Stanley Cup since 1961. Huet never played another game in the NHL after that.

Following that season the Blackhawks loaned Huet to Swiss team HC Fribourg-Gotteron in an effort to get rid of his $5 million salary cap hit. The Blackhawks had major salary cap problems that offseason and were forced to purge much of their roster, including Andrew Ladd, Kris Versteeg, and Dustin Byfuglien.

Huet spent the past two seasons playing for Fribourg-Gotteron.

Vancouver and Los Angeles were two NHL teams that were connected to him in recent weeks, even though neither one has an immediate opening for a backup goalie (though, that could soon change if Roberto Luongo or Jonathan Bernier ever get traded).

Before going to Europe Huet spent parts of eight seasons in the NHL with Los Angeles, Montreal, Washington and Chicago, posting a 129-90-32 record to go with a .913 save percentage in 272 appearances.