PHOTO: Here's a list of what NFL players can be fined for in 2014

If your favorite NFL player picks a fight with another NFL player during a game this year, you won't have guess how much he's going to get fined because there's a chart for that.

Ben Volin of the Boston Globe tweeted out the NFL's fine chart on Friday and lets just say, illegal chin straps are not going to be tolerated -- wearing the wrong chin strap will cost you $8,268. Also, don't even think about throwing a football into the stands to give a fan a nice souvenir because that will cost you $5,512.

That fighting we discussed earlier? A player could be hit with a $27,562 fine for starting one of those.

Excessive profanity also won't be tolerated: Players will be fined $11,025 if they decide they want to use more cuss words than a character in a Quentin Tarantino movie.

You can see the complete list of fines below. 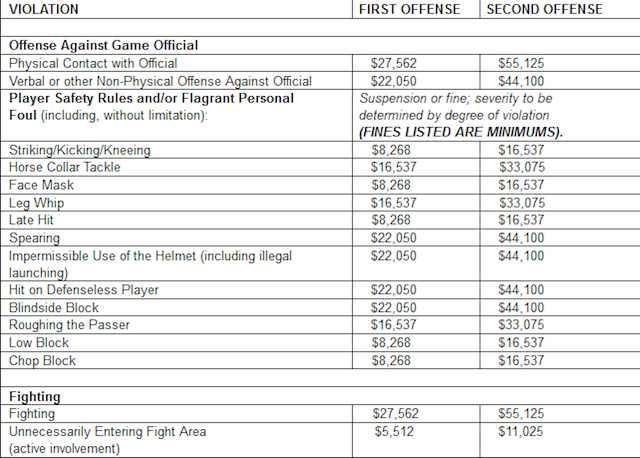 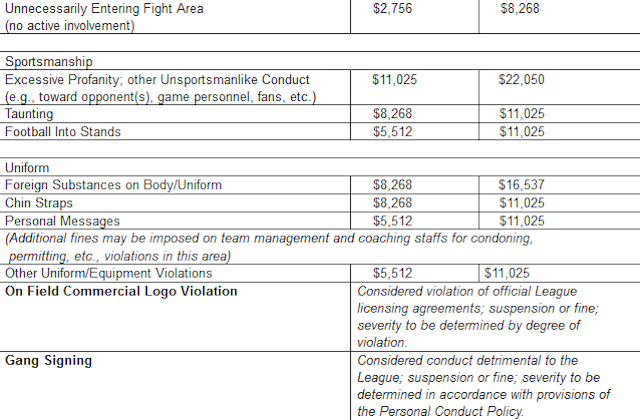