Let's see what's new on Day 19 of the NHL lockout and watch Jarome Iginla's 500th career goal with the Flames from this past season. 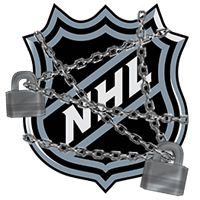 This is Day 19 of the NHL lockout, 2012 edition. Every day, we'll serve up some CBA talk and help you get your hockey fix. Let's begin, shall we?

•  The games missed to this point remains the entire exhibition schedule (97 games). Look for regular-season games to be added very soon.

•  NHLPA boss Donald Fehr sat down with Adam Proteau of The Hockey News for an extensive Q&A session about the work stoppage. It's pretty enlightening, as you'd probably expect. Very clearly, it's one-sided in favor of the players association. But it has a lot of good (or bad, if you want to think of it that way) information about what is going on with the negotiations and how the union views things. For example, this was one of Fehr's reactions to the NHL's initial proposal:

The third reason -- and this, to me, was the indication this negotiation was going to be a real struggle beyond anything I had thought -- was that when they put their initial proposal on the table, it would gut player contracting rights, which was the tradeoff players made in the 2004-05 negotiations in return for their cap. When they said, we have to change all this stuff, that was a gut-punch to every player in the league, because every player in the league knows, 'This will affect me, or the guy next to me, or this affects my younger brother who is 19' So if you want to get people's attention and try to make a deal, it's pretty hard to do that if you start out with that kind of approach. (The Hockey News)

•  It seems like most takes on the lockout usually favor one side. When you view a dispute, it's only natural to come down off the fence and land on one side; everybody has an opinion. But Michael Arace is still on the fence, shaking his head at both sides from above.

The two sides met again Tuesday, got nowhere and made no plans to meet again. They are idiots.

The precedents are there in front of NHL commissioner Gary Bettman and his counterpart, Fehr. All the tools they need are out of the box. The only one they are using is the hammer. (Columbus Dispatch)

•  Here's one take that's taking the players to task some, mostly for their decisions to run to Europe during the lockout. Adrian Dater doesn't see that as the best approach and questions the union's solidarity, certainly the optics of it all. (Denver Post)

"I'm going to handle things the way I think things should be handled," he said. "I'm going to continue to skate with the guys ... whether it's coming back here [to South Jersey] for a couple weeks at a time ... I think it's important to stay here [in the United States] and be part of the solution and not just run from it." (Courier Post)

•  This isn't good news for people looking for a quick resolution to the lockout: The players are prepared. That is to say, the players aren't going to be feeling the burn of missing paychecks much this time around as they did a good job building up a nest egg for just this situation. The pessimist will say they didn't intend to avoid a lockout and the optimist will recite the Boy Scout's slogan: Always be prepared. (Globe and Mail)

•  A rather important group in the lockout that gets very little attention? The league's sponsors. If they are shilling out money to advertise in the sport, don't you think they'd like to see the sport being played? That's why the NHL met with its top sponsors and soothed any worries they might have had, according to Chris Johnston.

Today we'll revisit a moment from this past season with one of the great veterans in the game. Jarome Iginla reached the personal milestone of 500 career goals -- all with the Calgary Flames, no less. For a guy who scored so many great goals over the years, it was funny to see him get such a big goal in an ugly way, off an opponent's skate, but they all count!

The lockout is robbing us the chance of seeing the great vets like Iginla, Teemu Selanne and Daniel Alfredsson playing another season.

Islanders' legend and Hall of Famer Gillies dies at 67