The best bets on a night where MLB takes center stage

There's no NBA or NHL action today, so let's focus on baseball

We always remember where we were during the most significant moments of our lives, and that's while I'll never forget where I was on the morning of Wednesday, September 16, 2020. There I was, bending over to pick up some dog poop while out on a walk with my dog when I felt a lot of vibration coming from the pocket of my shorts. After picking up the poop and tying the bag, I tossed it into a nearby garbage can and took my phone out of my pocket.

And there it was: the news that Big Ten football is back.

The Big Ten plans to play eight games in eight weeks starting on October 24. Is it feasible to imagine pulling that off in such an environment? Probably not, but you know what? Big Ten football is back, and right now, that's enough for me.

Here's a look at what else is going on today:

All times Eastern, and all odds via William Hill Sportsbook

The Pick: Over 8.5 (-105): Lucas Giolito starts for the White Sox tonight as they look to win their third straight against the Twins and put a possible stranglehold on the AL Central title. Giolito has been one of the best pitchers in baseball since last season and has a no-hitter already this year, but he has struggled against the Twins. In two starts this season, he's allowed 11 runs in 8.2 innings and has an ERA of 9.35. Then there's Jake Odorizzi, returning from the IL to make his first start for the Twins since Aug. 21. He's had better luck against the White Sox in the past, but the 2020 White Sox offense is a monster. Oh, and the wind is blowing out to dead center tonight. It's going to be a high-scoring affair.

SportsLine Pick of the Day: The SportsLine Projection Model is heavily favoring one side of Twins vs. White Sox. SportsLine subscribers can get picks for that game, and for every other MLB game today, here.

Mets at Phillies, 7:05 p.m. | TV: ESPN
The Pick: Phillies (+155) -- We can all agree that Mets ace Jacob deGrom is a great pitcher, right? The guy has won the last two NL Cy Young Awards and might win his third this season. He's also an MVP for bettors because if you'd have bet against him in each of his starts since 2018 you'd only be 37-35, but you'd be up roughly 18 units. He might be great, but all too often, his team stinks and lets him down. Tonight he's a road favorite against another stud in Zack Wheeler, who has a 2.47 ERA through eight starts. There's simply too much value on a good offense with a good pitcher going to pass this up. Even if we're going against deGrom.

Braves at Orioles, 7:35 p.m. | TV: MLB.TV
The Pick: Over 10 (+100) -- A few things are working toward a high-scoring affair here. One is that Baltimore starter Keegan Akin has shown a real affinity for walking hitters (14.9% of them!) through his first 10 big league innings. The other is that Cole Hamels is making his first start of the season and his first for the Atlanta Braves. I'm not sure how long he'll go or how he'll look doing so. What I do know is that there will be a stiff wind blowing out to left field throughout the night, and right-handed hitters dominate these two offenses. And those two offenses also happen to both rank in the top 10 in MLB in home run rate. Dingers are coming.

Royals at Tigers, 7:10 p.m. | TV: MLB.TV
The Pick: Tigers (+119) -- We took the Tigers as favorites on Tuesday, and it worked out, so why not take them tonight as underdogs? Frankly, I'm not sure what the Royals have going for them here to justify making them the favorite. If we're basing it off the pitching matchup, sure, Brady Singer has had a better rookie campaign than Detroit's Tarik Skubal to this point. Skubal's handed out a few more walks than Singer, but other than that, they've essentially been the same. Then there are the offenses. Kansas City's missing one of its biggest power bats in Jorge Soler, and the Detroit offense was already better than KC's in nearly every significant category.

Jacob deGrom ($11.7K FD/$10.4K DK) -- I know we're fading the Mets because deGrom is starting, but as I said above, that's got nothing to do with deGrom. He's always great, and is one of, if not the most, reliable DFS starter in baseball. He's averaging 46.7 FD points per start this season and has had only one start with fewer than 30 points. That floor and the upside that comes with it is precisely the kind of pitcher you should be willing to spend up for.

Lucas Giolito ($9.6K FD/$10.2K DK) -- Tonight sees deGrom, Chicago's Lucas Giolito and the Yankees' Gerrit Cole all available on the main slate. Of those three aces, Giolito is the cheapest option so I wouldn't be surprised to see a lot of players taking him thinking they can get similar production as deGrom and Cole but have extra money to spend on hitters. Well, as I went over earlier, let them do it. You should fade him as he's struggled with this Minnesota lineup and the weather conditions aren't ideal. Plus, as good as Giolito is, he's not at the level of Cole and deGrom. The consistency isn't there yet.

SportsLine's team of DFS insiders has you covered for daily fantasy sports. Mike McClure has won almost $2 million playing DFS and is one of the top MLB DFS experts anywhere. Check out his MLB picks here, and be sure to see what he's picking for NBA DFS here too. Use SportsLine's all-new DFS Optimizer to get optimal NFL DFS picks from 10,000 simulations. 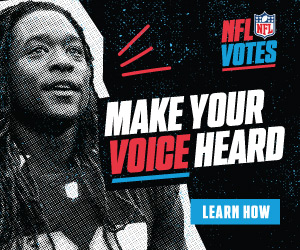 I don't watch a lot of golf, but I have found a method for betting it that's proven profitable for me. While many people bet on possible winners or head-to-head matchups, I like taking top 20 plays. I've discovered plenty of value to be found in these props, particularly further down the board.

So with the U.S. Open teeing off on Thursday morning, here are my 10 favorite top 20 plays (in order of their odds). Remember, you're betting on them to finish anywhere in the top 20 spots.

Brewers rookie sensation out vs. Dodgers

What to know about 2020 MLB playoffs