Just because: That time Larry MacPhail tried to kidnap the Kaiser

As it turns out, Hall of Fame exec Larry MacPhail was more than just a baseball man.

To the baseball enthusiast, Hall-of-Fame executive Larry MacPhail is best known as the innovative architect of some great Reds, Dodgers and Yankees teams in 1930s and 1940s and as a zealous and abiding consumer of wholesome, nutritious alcohol. MacPhail was also, however, an Army man with a not-insubstantial sense of daring ... 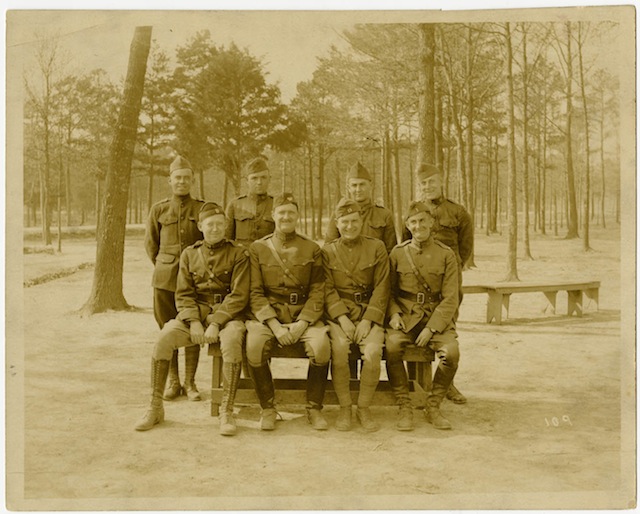 There's Capt. Leland MacPhail sitting on the far left, first row. As for the rest of his confreres pictured above, they and MacPhail ... well, they tried to kidnap Kaiser Wilhelm II.

A bit of back-story ... Not long after the Great War (World War I) drew to a close, the Kaiser, the last German emperor, abdicated this throne, and after hostilities entered the treaty-making stage he scurried off to neutral Holland and tucked himself away in Amerongen, a 17th-century castle, to await whatever came next. "Whatever came next" was likely to be a trial for war crimes. Of course, for said trial to take place, the Kaiser and his "Bat Signal" mustache ... 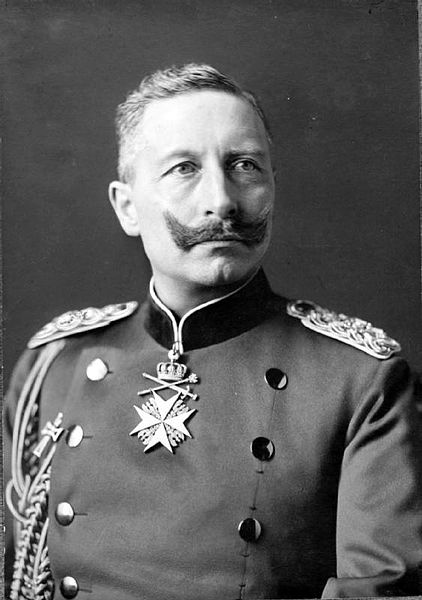 ... would need to be apprehended and hauled before an International court -- possibly hog-tied, possibly not.

And that brings us back to MacPhail and his buccaneering fellow travelers. Perhaps fearing the at-marathon-length bureaucratic run-up to bringing the Kaiser in to face justice, this crew decided to, as it were, "take back the streets" on their own time and without going up the chain of command. (I've read other accounts that cited unchecked group drunkenness as the scheme's author and executor, which certainly sounds plausible enough.)

In any event, the original plan, hatched by one Col. Luke Lea (seated next to MacPhail in the top-most image above), involved -- and know that I am not making this up -- beating their way inside the castle with tire irons ("I was thinking of motoring up to Holland kidnapping the Kaiser," Col. Lea said to Capt. MacPhail some time around Christmas 1918). Instead, Col. Lea, prior to the events of Jan. 4, 1919, settled on the illusion of statecraft rather than spare-tire violence. In MacPhail's own words to a New York-based Sydney Sunday Herald correspondent in 1953 ... 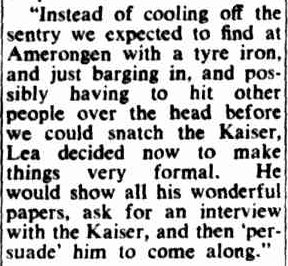 Before all that went down -- and in keeping with the best practices of WWLMD ("What Would Lee Marvin Do?") -- they cut the phone lines to the castle. Things were going about as well as could be expected until one of the Kaiser's valets attemped to call the Hague to verify the credentials of this most curious diplomatic envoy, the members of which were, as noted, possibly wrecked on whiskey.

At that point, things began to fall apart. The Dutch infantry summoned to the scene seemed inclined to laugh it off and let McPhail and company walk, but then Col. Lea prompted his men -- whether by official order or in leading by example -- to make a break for it. So they all leaped into their roadster and beat a hasty retreat. And because the story can end no other way, Capt. MacPhail, Col. Lea and rest of the boys careened into the loving arms of nearby Belgium with the headlights off and ushered out by gunfire at the border.

In Col. Lea's own words, the point of the whole thing was to hand-deliver the Kaiser to President Woodrow Wilson, who was in Paris advancing his "14 Points." That was the plan because of course that was the plan.

In the end, though, all these well-intentioned bedlamites had to show for their efforts was one of the Kaiser's ashtrays, which Capt. MacPhail pocketed while in the castle. The entire thing probably would've been forgotten, except that the Kaiser was quite annoyed by the whole affair. So he filed a formal complaint with the Dutch government. In that complaint, the Kaiser noted that the American intruders "made him nervous" and also griped that missing from his personal effects was a certain monogrammed ashtray. At the official inquiry that ensued, MacPhail testified that he had no knowledge of any ashtray belonging to this or any other Kaiser. He and his cohorts were eventually pardoned.

As for the Kaiser, he spent the rest of his life in exile. As for the Kaiser's ashtray, it sat on Col. MacPhail's desk and followed him to the Reds, Dodgers and Yankees.