Which of the many sac bunts in AL Wild Card Game made sense?

In the AL Wild Card Game, the Royals and A's (mostly the Royals) bunted with impunity. Which of those bunts were justified?

Also worth pointing out is the seeming excess of sacrifice bunts we witnessed in this game. In all, Royals manager Ned Yost called for one of his hitters to lay it down in the service of advancing a runner on four occasions, while Athletics manager Bob Melvin added one of his own. That's a healthy supply of sacrifices considering 17 runs were scored in the game. 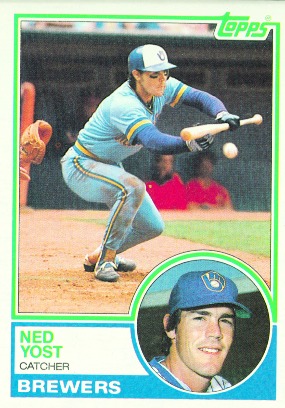 So which of those sacrifices were actually justified? Let's explore that very question.

To do this, we'll turn to a concept called "win expectancy", or "WE." Over at FanGraphs, they define WE as "the percent chance a particular team will win based on the score, inning, outs, runners on base, and the run environment." WE is based on bytes upon bytes of historical play-by-play data -- verifiable facts, in other words -- so the percentages reflect what's actually happened on the field and are not plucked from someone's imagination.

Now, using Greg Stoll's WE tool, let's have a look, in pleasing and state-of-the-art HTML-table format, at how each Tuesday night sac bunt altered the Royals' or the A's chances of winning the game ...

So there you have it. You can make a case for Yost's decision to bunt in the bottom of the 10th as being something close to "break even," but the remainder hurt his team's chances to win. In contrast, Melvin's lone sac bunt graded out as a good call.

There are other considerations, of course. As Tom Tango, Mitchel Lichtman and Andy Dolphin examine in The Book (an excellent and necessary read, by the way), the quality of the hitter at the plate, the quality of the hitter on deck and the positioning of the defense also matter when deciding whether or not to bunt, among other factors. Taking all things into account, most sac bunts don't make a lot of sense, but there are times when it is sound from a tactical standpoint. Tuesday night's excesses, though, don't reflect well on Yost.

The nature of baseball, in which so much randomness is at work, particularly in the short run, is such that any number of poor decisions can lead to favorable outcomes. That's luck, though. After all, just because it's possible to slice a baguette with an MS 441 C-MQ Magnum Stihl chainsaw does not mean one should regularly undertake such an endeavor. So it is with trading a precious out for an often less precious 90 feet.