LOOK: Adrian Peterson rode into his 30th birthday party on a camel

Maybe if the Vikings change their mascot to a camel, Adrian Peterson will want to play for them because apparently, Peterson likes camels. Dromedary camels (Those are the ones with one hump).

The Vikings running back celebrated his 30th birthday on Saturday by throwing himself a party and like any good party, the festivities didn't start until the person of honor rode in on a camel.

Anyway, just because he was at a party, Peterson didn't forget about football. As you can see below, he practiced his spin moves.

Jamie Foxx also showed up and did a dance for everyone.

Wale was also there.

Speaking of the camel, it's very possible that more people were taking pictures with the camel than they were with Peterson. 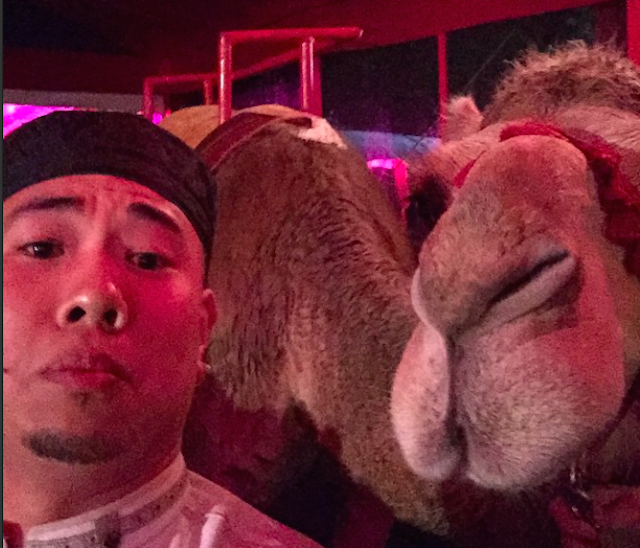 Here's another picture of the camel just hanging out with someone.

If you're wondering what happened when the camel got thirsty, don't worry, there were plenty of ice statues for it to lick on. Like the six-foot elephant and 12-foot ice bar you see below.

I'm not sure if the theme was Arabian nights or Moroccan nights, but whatever it was, Peterson's wife seemed to pull it off well.

Thank you to @thaliobeckham for making sure @mrsashleypeterson was the most beautiful person at her husband's (@adrianpeterson) 30th Birthday Party. You're work on her truly reflected who she is on the inside! #JaneDeux #beautifuljanedeuxclient #arabiannights #30allday

Finally, let's end with a picture of the birthday cake, because it was crazy. And of course it had a camel. I'm telling you Vikings, change your name to the Camels and Peterson will play for you complaint-free.

Report: Glennon in line to replace Jones (neck) vs. MIA