Dodgers will be baseball's next big spender

New Dodgers part owner Magic Johnson has said his team will spend and spend big in the free-agent market under new ownership. Already, Matt Cain and Cole Hamels have been connected to the Dodgers, but the biggest fish is available after 2013, when Joey Votto hits the market. 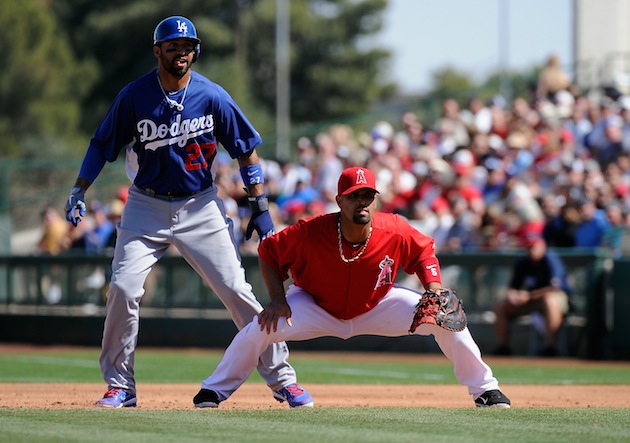 Whenever a big free agent hits the market -- or a star elsewhere has a contract coming due -- it seems like the Yankees are always the firs team out of everyone's mouth. With the $2.15 billion deal to buy the Dodgers, Magic Johnson's new team could become the new big spender on the block.

So, expect every free-agent discussion to begin with the Yankees and Dodgers. Johnson, at least, isn't going to dispute that.

"It's not just the Yankees. TheAngels invested a lot of money into Albert Pujols and C.J. Wilson. You see what the Tigers just did with Prince Fielder. Teams are investing," Johnson told Bill Shaikin of the Los Angeles Times. "That's what you do when you put a winning team on the field. We're not going to be any different from those teams.

"Also, we would love to copy the Yankees' success. If you're saying, 'Do we want to be the Yankees?,' the answer is yes. We want to win the World Series. We do want to win."

While the Red Sox and Yankees have done battle throughout the last decades of winters, the next decade of Decembers could be dominated by Los Angeles' rival teams. Angels owner Arte Moreno has thrown down the gauntlet, going as far to add the name of the Dodgers' city to his team's name, and don't think the team that spent more than $2 billion on the team will be shy about spending to stock the roster with top talent.

Already, there have been speculative reports about Giants right-hander Matt Cain and the Dodgers (from the San Francisco Chronicle), as well Phillies lefty Cole Hamels (via CSNPhilly.com). It wouldn't be a shock to hear Los Angles in connection with Zack Greinke anytime soon, either. 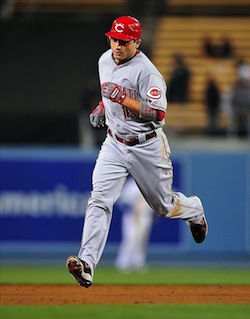 As for position players the Dodgers could go after, there's JoshHamilton, B.J. Upton, Mike Napoli, , Ichiro Suzuki and David Wright. But the name that will garner the most speculation and attention will likely be Joey Votto, who isn't a free agent until after the 2013 season.

Votto, 28, already has an MVP under his belt and is signed through 2013, but if the Reds don't win this season and allow Brandon Phillips to go, it could signal an end to the Votto era in the Queen City.

This offseason, two first basemen signed mega deals, with Albert Pujols signing a 10-year, $240 million deal with the Angels and Prince Fielder a nine-year, $214 million deal in Detroit. Add to that Boston having locked up through 2018 and the Yankees have   signed through 2016 (along with likely taking up the DH spot through 2017). That leaves one obvious landing spot if the Reds aren't able make a pre-emptive long-term deal with Votto -- Los Angeles.

Los Angeles makes perfect sense for Votto, who has a low-key personality that shies from the spotlight. The team already has as the face of the franchise and no matter who the biggest star of the team is, that star pales in comparison to the town's biggest names. In L.A., Votto can command a king's ransom, without the trappings of being a big fish in a small pond.

Votto told CBSSports.com Insider Jon Heyman that he'd like to stay with the Reds, but he also values a long-term deal, one that would be longer than five years, a cap his hometown Toronto Blue Jays have put on contracts under Alex Anthopoulos.

"To get nine or 10 years is what most (top) player look to," Votto told Heyman. Votto, who has two All-Star appearances, an MVP and a Gold Glove under his belt, is certainly that, and don't think Johnson is looking to work some of his Magic on Votto, a rabid Los Angeles Lakers fan.

"I wish we had the team already," Johnson told the Los Angeles Times' Bill Plaschke in December. "I would have been at Albert Pujols' house at 12:01 a.m. on the first day of free agency. I can't wait."

Chances are, he already has Votto's home address in Florida.