Gary Kubiak collapsed on the field at Reliant Stadium shortly before halftime of the Texans-Colts game Sunday night. 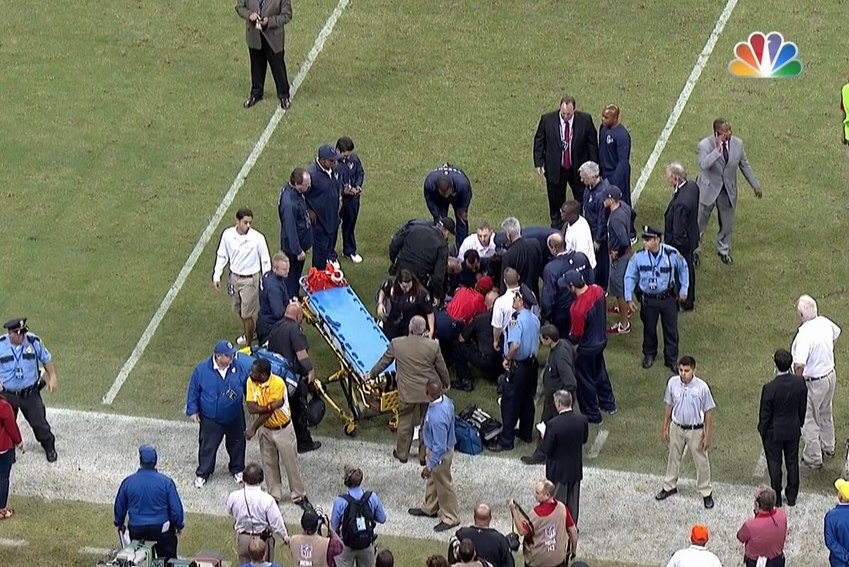 The Texans say that coach Gary Kubiak was hospitalized Sunday night for 'precautionary' reasons and did not have a heart attack.

Right before halftime of Sunday night's Texans-Colts game, Kubiak collapsed on the field and was tended to by medical professionals.

Update: Coach Kubiak has been taken to a local hospital, he is conscious and his family is with him. #TexansGameday

Kubiak was taken off the field on a stretcher by trainers. The Texans said he never lost consciousness.

Michelle Tafoya of NBC -- who was on the field -- reported that Kubiak appeared to be in "extraordinary pain" and didn't open his eyes that she could see. He was talking, though, per Tafoya.

Wade Phillips, NBC reports, who took over the head coaching duties for the remainder of the game told Tafoya that Kubiak being taken to the hospital was "purely precautionary" and that "his heart rate was fine and that his pulse was fine."

You can see Kubiak -- as highlighted by Sunday Night Football's broadcast before the second half began -- walking to the sidelines and then stopping and collapsing here.

Raw video footage shot by ABC in Houston paints a scary picture of Kubiak as he collapsed.

Answer 7 questions about the big game for $1,000, winner takes all. Terms Apply.

Eagles' Johnson (ankle) out for season

How NFL should handle Ravens-Steelers

Bills OL Cody Ford out for the year

Sam Darnold to start for Jets in Week 12