VANCOUVER, British Columbia (AP) Bo Horvat scored his second goal of the game at 4:09 of overtime and the struggling Vancouver Canucks beat the road-weary Arizona Coyotes 3-2 on Saturday night.

Brock Boeser also scored for the Canucks. Spencer Martin stopped 21 shots in his first start since starter Thatcher Demko suffered a lower-body injury on Thursday night that is expected to sideline him for about six weeks.

Boeser was expected to be a healthy scratch until fourth-line forward Dakota Joshua awoke from his afternoon nap with an injury. Knowing he was about to be held out of the lineup wasn't easy.

''It hurt hard and it hurt bad,'' he said. ''And so when I got the call (saying I was in), it was a moment. Everything happens for a reason. I knew I needed to make the most of it.''

Boudreau liked the way the 25-year-old forward responded to adversity.

Horvat tipped Quinn Hughes' long shot from the slot on an overtime power play after Arizona was called for too many men.

Boeser forced overtime, dropping to one knee to get off a blistering wrist shot that soared past Vejmelka and tied the score at 2-2 with 8:12 remaining in the third period.

''I think it was a better game for my confidence,'' Boeser said. ''I thought I got it back as the game went on. ... I've just got to continue to work hard and be consistent for our team and be a difference maker each and every night.''

Jakob Chychrun and Christian Fischer scored for the Coyotes, who are 0-2-2 in their last four and 4-5-3 on their 14-game road trip. Karel Vejmelka made 29 saves.

''We left a point on the table,'' Coyotes coach Andre Tourigny said. ''Our game at 5-on-5 was pretty good but too many penalties.''

The Canucks went 2 for 8 with the man advantage Saturday while the Coyotes were 1 for 3.

An errant pass led to the game's opening goal. Arizona's Jusso Valimaki picked off the puck and sliced it to Liam O'Brien, who sprang Fischer for a clear breakaway. Fischer slid a shot under Martin's left pad with 8:38 left in the first for his fifth goal of the season.

Vancouver got a power-play goal of its own with 3:11 left in the opening period as Pettersson fired a shot from distance and Horvat, stationed at the side of the net, tipped it in to tie it 1-1 with his 18th.

Arizona regained the lead 1:52 into the second as Chychrun launched a one-timer from the top of the faceoff circle on the power play, sending the puck sailing into the top corner of the net to give the Coyotes a 2-1 lead.

Vancouver had two goals waved off. The first when Nils Hoglander's score was nullified by a hooking penalty on teammate J.T. Miller with about 6 1/2 minutes left in the second. Then, Nils Aman's goal 3 1/2 minutes later was taken away when a video review showed Arizona's J.J. Moser fell into the net and knocked it off its pegs ''well prior'' to the goal being scored.

PLAYING FOR A CURE

Boeser's jersey read ''Dukey'' in honour of his father, Duke, who died in May following a long battle with cancer and Parkinson's disease.

Coyotes: At Calgary on Monday night in the 13th of a season-high 14-game road trip.

Canucks: Host Montreal on Monday night to wrap up a four-game homestand.

ARICoyotes
VANCanucks
STARS OF THE GAME 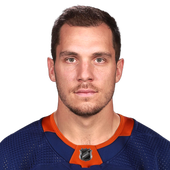