The Cardinals home scorecard will be loved by Cardinals fans and hated by everyone else. Take a look.

Like several other teams, the St. Louis Cardinals finally get their first home game on Monday. With it, they'll unveil a scorecard that will be loved by home fans and hated by pretty much everyone else.

We're loving this year's Official Scorecard! Pick up yours at #OpeningDaySTL or at any home game this season. pic.twitter.com/LVTKKkP1KZ 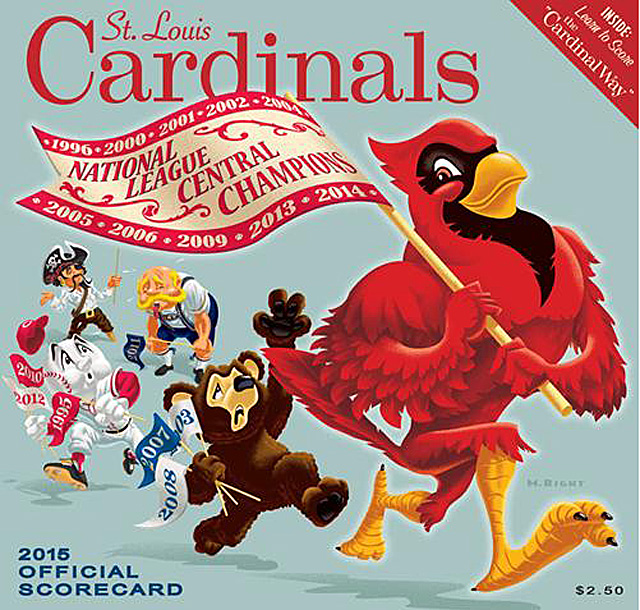 So we've got the big bad Cardinal walking with a flag that shows all their NL Central championship. The Cubs bear follows with his three, just as the Reds' mascot does. The Brewers guy (Bernie!) has the 2011 flag and the Pirates man is empty-handed. If there are a few years missing, note that it's because the Astros (four NL Cenral titles) departed for the AL.

Still, point taken. The Cardinals have won a lot more NL Central titles than anyone else.

Pompous? Arrogant? Confident? Just telling the truth? Define it as you wish. I will cop to throwing up in my mouth a little bit at the upper right corner where it says to "learn to score the Cardinal Way," until I realized it's actually very true. They'll score the exact same way as fans of every other team but still will be convinced they are doing it so much differently in some exponentially superior way. So it works.

These 12 teams could be hot stove buyers

Reasons MLB fans can be thankful in 2020