ST. PAUL, Minn. (AP) The New York Rangers had their offense clicking like they've been playing for months.

When it came to trying to stop them, the Minnesota Wild were simply a mess.

Artemi Panarin had a goal and three assists and Chris Kreider scored twice for the Rangers in a 7-3 victory on Thursday night that spoiled the Wild's season opener.

''I think they're a bit rusty,'' said Rangers coach Gerard Gallant, whose team opened by beating Tampa Bay 3-1 on Tuesday. ''It's not easy to play your first game.''

The Rangers have 13 skaters with at least one point through two games. Kreider and Adam Fox had the first two goals as the Rangers took a 3-0 lead into the first intermission, and Filip Chytil cleaned up a rebound to score in the second period and push the lead back to three.

Marc-Andre Fleury, who matched his career high with seven goals allowed, whacked his stick in frustration against the post right after that. After setting franchise record for wins and points last season, the Wild did not do themselves any favors with this start.

Vincent Trocheck and Kaapo Kakko tacked on goals in the third period to neutralize the pair for the Wild by Matt Boldy in a whiplash stretch of 2:02 in which both teams scored twice.

''They've got a lot of weapons on that team that can score in a hurry,'' Krieder said. ''Luckily we were able to get a couple ourselves and get us right back into it.''

Boldy, who's being counted on to increase his production after the departure of Kevin Fiala and has been elevated to the second line, wasn't exactly savoring his feat.

''I'd give them back in a heartbeat. We just got blown out of the rink,'' Boldy said. ''It's nothing you look on too much.''

Igor Shesterkin was as sharp as ever in the net, robbing the Wild more than once while they outshot the Rangers 12-2 in the early going. Shesterkin finished with 33 saves.

Fleury, who stopped 28 shots while being put in some unfavorable positions by his defense, gave up seven goals twice before with Pittsburgh in 2006 (against the Rangers) and with Vegas in 2019 (against Colorado), according to Sportradar data. Fleury gave up six goals twice last season, both with Chicago before he was traded to Minnesota on deadline day.

''It doesn't matter what play comes at me,'' Fleury said. ''There were some tough ones, obviously, but to me, I still feel like I should have made more saves and give my team a chance.''

Mats Zuccarello had a power play goal for the Wild, who lost in their first game of the season at Xcel Energy Center for just the second time in the franchise's 22 years. They're 16-2-4 in the opener at their downtown arena.

The hockey-savvy fans here, who haven't seen the Wild advance past the first round of the playoffs since 2015, were quickly disappointed by the home team's effort - and by a Rangers team with as much top-six potency as any in the league. The Wild were booed after the first period.

Fleury had no chance to stop the first goal that came just 4:06 in, when Panarin and Mika Zibanejad - who had two assists - set up Krieder on the power play with a slick display of passing.

Connor Dewar and Brandon Duhaime had a two-on-none short-handed breakaway in the fateful first period, but Dewar's pass sailed out of Duhaime's reach and no shot was attempted.

Panarin's second line with Trocheck and Alexis Lafreniere - who also had two assists - was especially crisp all night. The Rangers, who lost to the Lightning in the Eastern Conference finals last spring, are loaded again.

The Wild were tied for third in the NHL last season in wins and points at home while going 31-7-2 to set franchise records in both categories.

The Rangers stay on the road to visit Winnipeg on Friday.

The Wild continue their season-opening four-game homestand against Anaheim on Saturday. 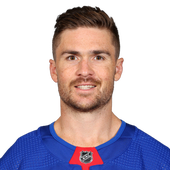