With a salary floor of $85 million, things are about to get crazy.

That puts the salary floor at $85 million and the luxury tax threshold at $113 million. Max contracts will begin at either $22 million, $26.4 million, or $30.8 million for next season depending on how long the player has been in the NBA. From The Vertical:

The NBA's projected salary cap and tax level of $94 million and $113 million, respectively, have increased since the previous estimates done by the league and its players' union.

It's not a dramatic increase but it shows the league is in a healthier financial situation than previously projected. With the new television deal kicking in, the league's revenue is at an all-time high and the impact on free agency could be unprecedented. In 2010, the league's salary cap was $57.7 million. That means in six years, we've seen a 162% increase. 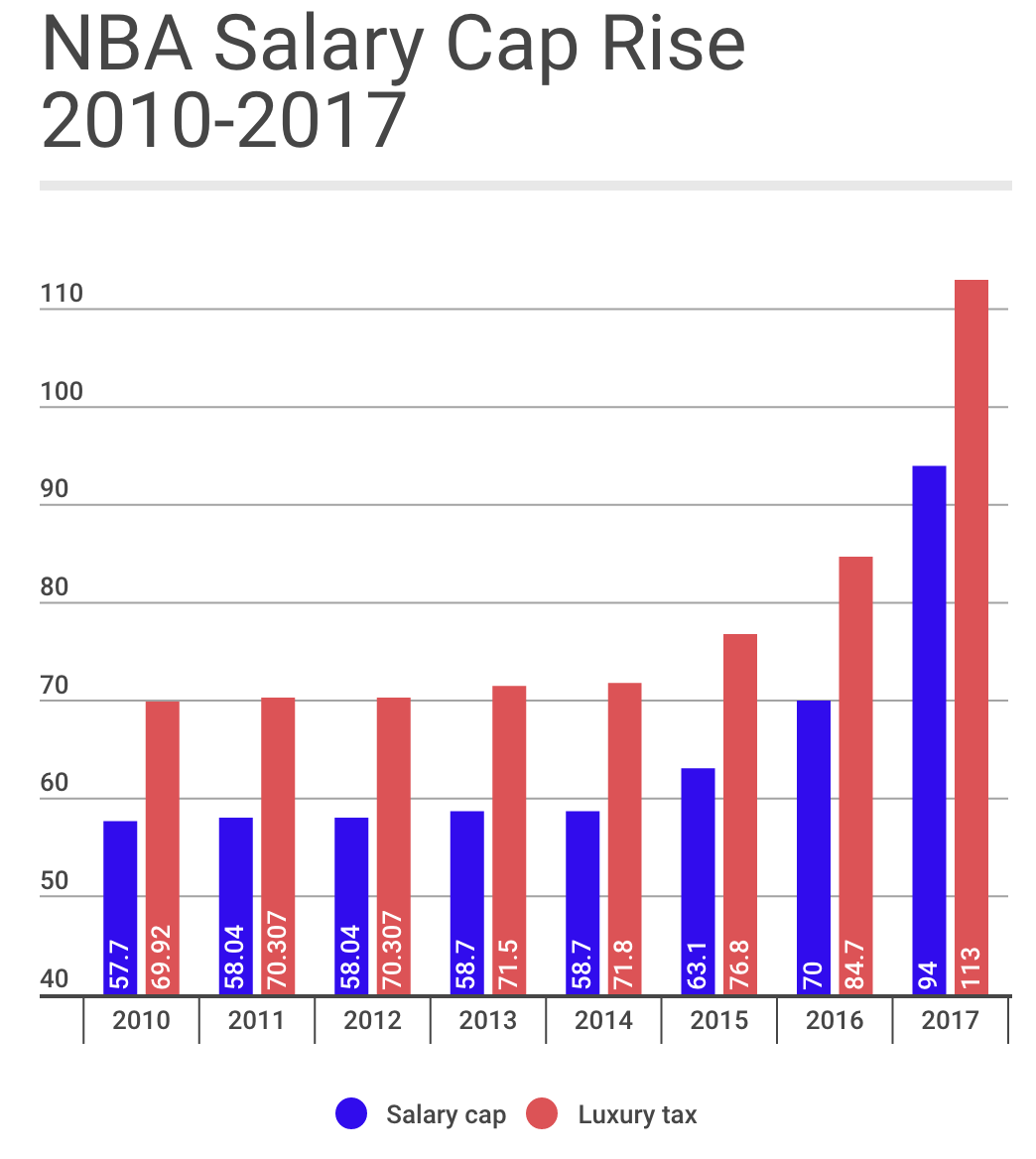 It's estimated that roughly 25 teams will have enough cap room to offer at least one max contract this summer. With a weak free agent class and all of this money available, expect some head-scratching contracts to be passed around.

McCollum gets $64M extension with Pelicans

Celtics have gone from title faves to team in disarray