The Blues set a record for the longest winning streak in NHL history by a team immediately after losing at least eight in a row in regulation. The Blues dropped a franchise-worst eight consecutive games between Oct. 24 and Nov. 8.

''It's always fun when you're winning and you're in good mood in the locker room,'' Buchnevich said. ''A lot of positive emotion there.''

It was the second career four-point game for Buchnevich as he and linemates Jordan Kyrou and Robert Thomas dominated the game. Thomas had a goal and two assists and Kyrou had three assists.

''I think we got off to a good start and I think we we're all working hard and getting pucks back in the offensive zone and making some good plays from the neutral zone,'' Thomas said. ''Some nights you just seem to find each other and it was one of those tonight.''

Brayden Schenn had a goal and an assist and Noel Acciari and Torey Krug also scored for the Blues. Jordan Binnington made 30 saves.

Cam Fowler and Adam Henrique each had a goal and an assist for the Ducks, who have lost five of six. John Gibson made 24 saves before being relieved by Anthony Stolarz to start the third period.

The Blues carried play in the first half of the opening period, outshooting the Ducks 11-1 to start the game, but had nothing to show for it as Gibson made several tough saves.

''We just did not have it,'' Ducks coach Dallas Eakins said. ''We had one player on our team compete in the first period and that was our goaltender.''

The Blues finally broke through on Acciari's deflection of Justin Faulk's shot with 7:16 left in the first.

''I saw him just before I got the puck so I knew if I just put it in that area he would probably score,'' Thomas said.

St. Louis got a pair of goals to start the second. Buchnevich scored his second just 62 seconds into the period with a backhander just under the crossbar and Schenn scored from the right circle on a rush at 4:52.

Fowler got the Ducks on the board with a power-play goal at 6:43, but Krug countered two minutes later with a power play goal of his own to give the Blues a 5-1 lead.

''We're just trying to work hard consistently and I think we found some chemistry there, whether it's up front, on the back end, and guys are starting to play to their abilities and we're getting rewarded for it,'' Krug said.

Henrique notched a power-play goal in the third period and extended his season high points streak to six games.

Thomas capped the dominant night with a late goal on a two-on-one with Kyrou.

With their two first-period goals, the Blues have outscored their opponents 16-8 in the first 20 minutes of their games this season. St. Louis improved to 8-3-0 when scoring first and 6-1 when leading after the first period.

NOTES: Blues F Vladimir Tarasenko missed his first game of the season. He was out with an illness. . Blues D Colton Parayko (upper body) was scratched for the second straight game.

The Ducks and Blues will face each other again Monday night at Enterprise Center.

ANADucks
STLBlues
STARS OF THE GAME 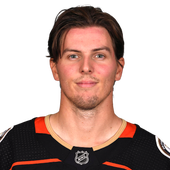