GLENDALE, Ariz. (AP) Gabriel Vilardi scored in the fourth round of a shootout, Jonathan Quick stopped 20 shots and the Los Angeles Kings beat the Arizona Coyotes 3-2 on Thursday night.

''It was better that we shot second,'' Vilardi said. ''Their guy missed, so no pressure at all. I had a chance to finish it there for the team and I was lucky enough to do that.''

The Kings jumped out to a 2-0 lead in the first period on goals by Dustin Brown and Jeff Carter.

The Coyotes rallied with two in the second - Phil Kessel's first goal in 12 games and Conor Garland's seventh of the season.

Quick made a sprawling save to stop Kessel early in overtime and had a couple more tough stops to send the game to a shootout.

Arizona's Clayton Keller sent a shot over the goal in the fourth round of the shootout and Vilardi beat Darcy Kuemper glove side to end it.

''It was just an ugly game,'' Coyotes coach Rick Tocchet said. ''I didn't like our first, obviously. I didn't see a lot of Grade As from both teams.''

The Coyotes were glad to see someone else across the ice after playing St. Louis in the first seven-game, regular-season series in NHL or NBA history.

Arizona took that series 4-3, closing out Monday's seventh game with a 1-0 victory behind Kuemper, who got his first shutout of the season.

The Kings didn't take long to end Kuemper's scoreless streak, scoring 4 1/2 minutes in when Brown slipped a shot under Kuemper's left pad. Anze Kopitar started the play by fishing the puck out of a scrum along the side boards.

Carter made it 2-0 midway through the first period, poking the puck under Kuemper on a play ruled goalie interference but overturned on review.

''We knew they were going to come out like that and we just weren't ready for them,'' Coyotes forward Christian Dvorak said. ''That's not what we want.''

The Coyotes stormed back to start the second period.

Garland scored a minute in when his shot from the slot his Kings forward Alex Iafallo's stick and caromed past Quick. Kessel tied it four minutes later with his fifth of the season, and first since Jan. 20, by flipping a rebound past Quick through traffic.

Kuemper and Quick were sharp in the third period, each making some difficult saves to force overtime.

Quick forced the Coyotes to miss the net twice in the shootout and Los Angeles scored on three of its four chances to win its third straight game.

''We were happy with the first. Probably a little too happy because we didn't respond early in the second,'' Kings coach Todd McLellan said.

The Coyotes had found a bit of a rhythm on their power play during the games in St. Louis.

They've been struggling since.

Arizona failed on its three chances with the man advantage against the Kings and has failed to score in its last 12 power-play chances.

''We've just got to work hard, make sure we're getting our retrievals and just got to execute better,'' Dvorak said. ''They're a hard team to play against. They're not going to roll over and it took us two goals to figure that out.''

Garland has nine points (five goals, four assists) in the past nine games. ... Brown has scored four goals in the past four. ... Arizona has scored in the second period in 14 of 16 games (18 goals) and its plus-11 differential in the period is third-best in the NHL. Kopitar and Adrian Kempe scored in the shootout for the Kings. Carl Grundstrom was stopped by Kuemper.

The teams close out their two-game series in the desert on Saturday.

LAKings
ARICoyotes
STARS OF THE GAME 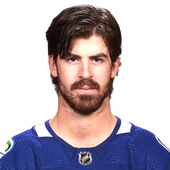