It's that time, as the 2013-2014 NBA season tips off Tuesday night. We've taken a look at the over/unders and what the oddsmakers say about MVP. Now it's time to look at our own picks for the awards, as well as our predictions for the playoffs. Why? So you can argue in the comments and tell us how wrong we are later, that's why.

But first, after Friday's trade of Marcin Gortat to the Wizards for Emeka Okafor, who could be out nearly half the season or more, we wanted to revise our season win total predictions. 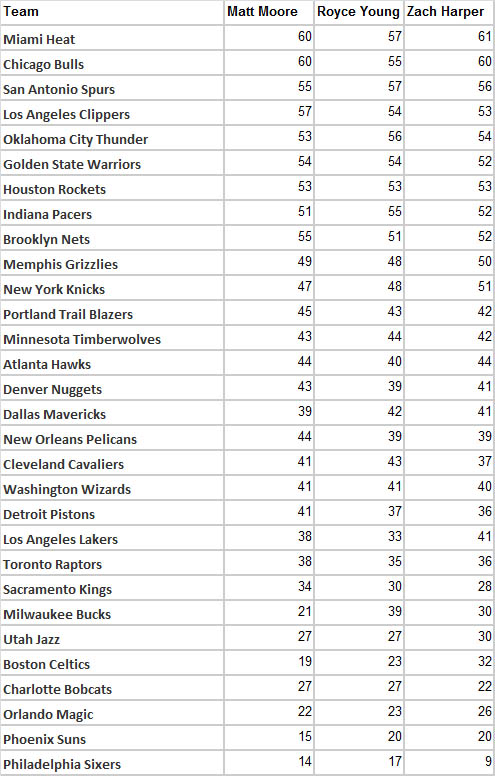 Here's who we think take down the major awards this season:

And here are our playoff predictions (click to enlarge): 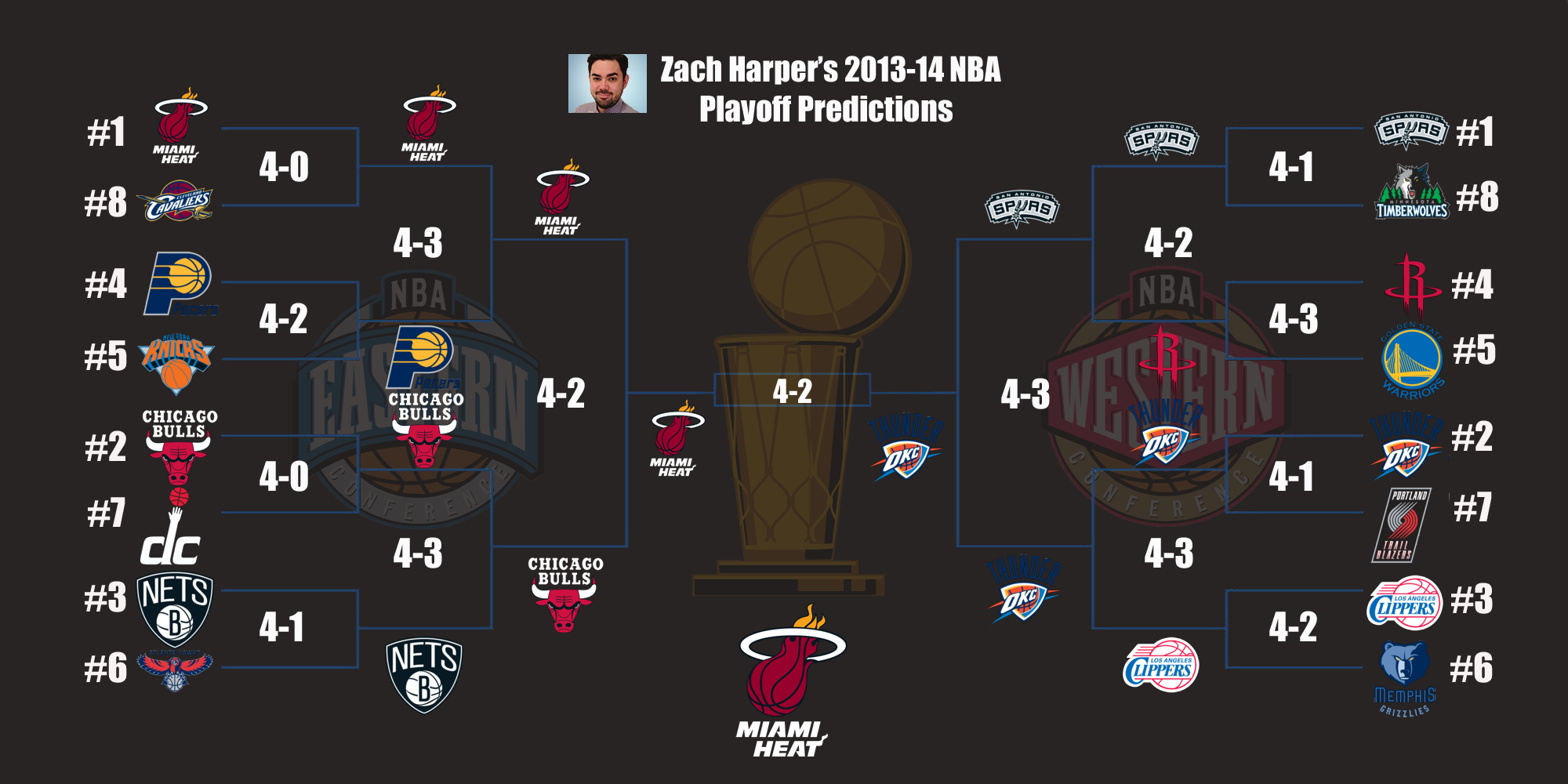 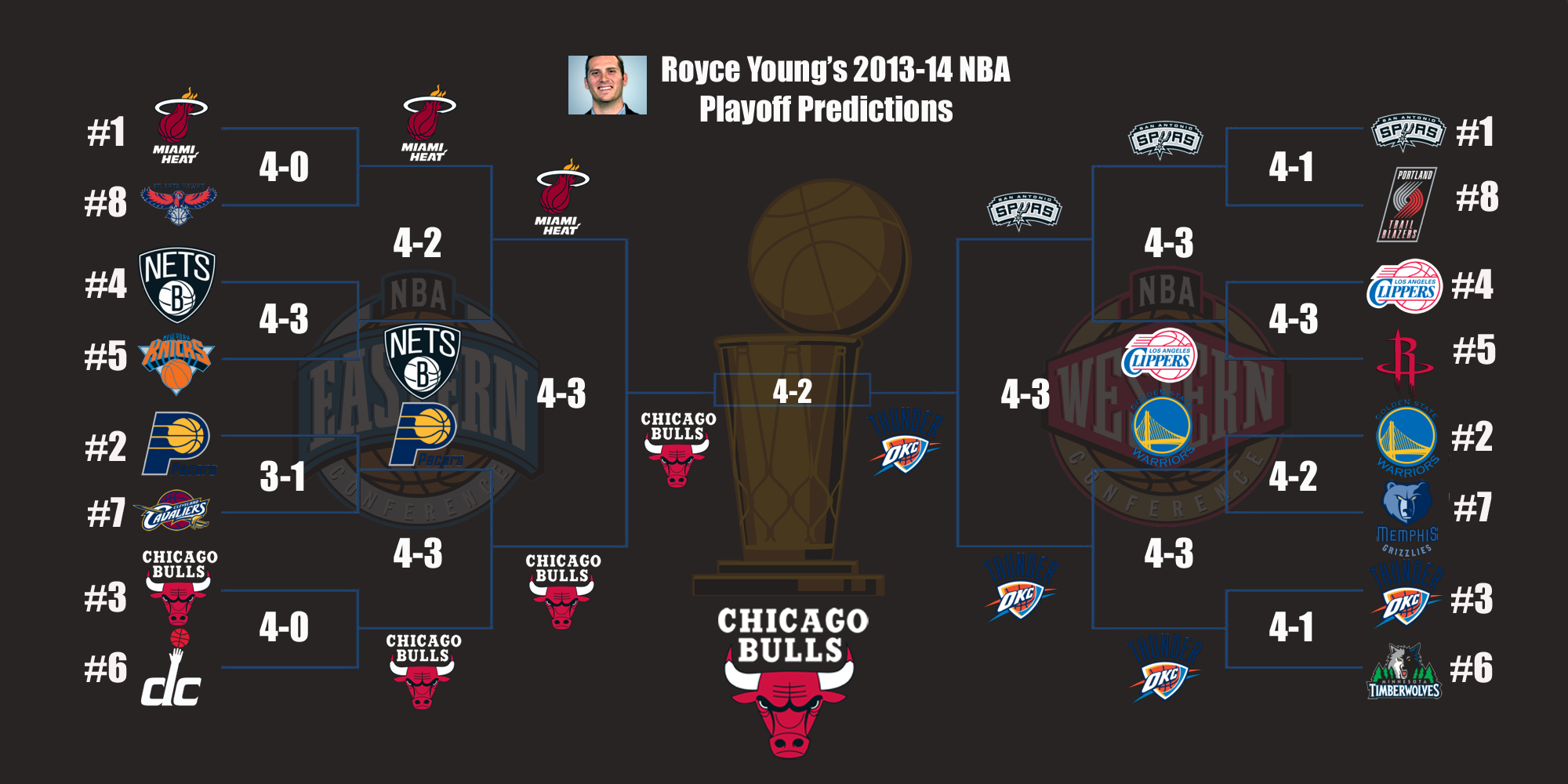 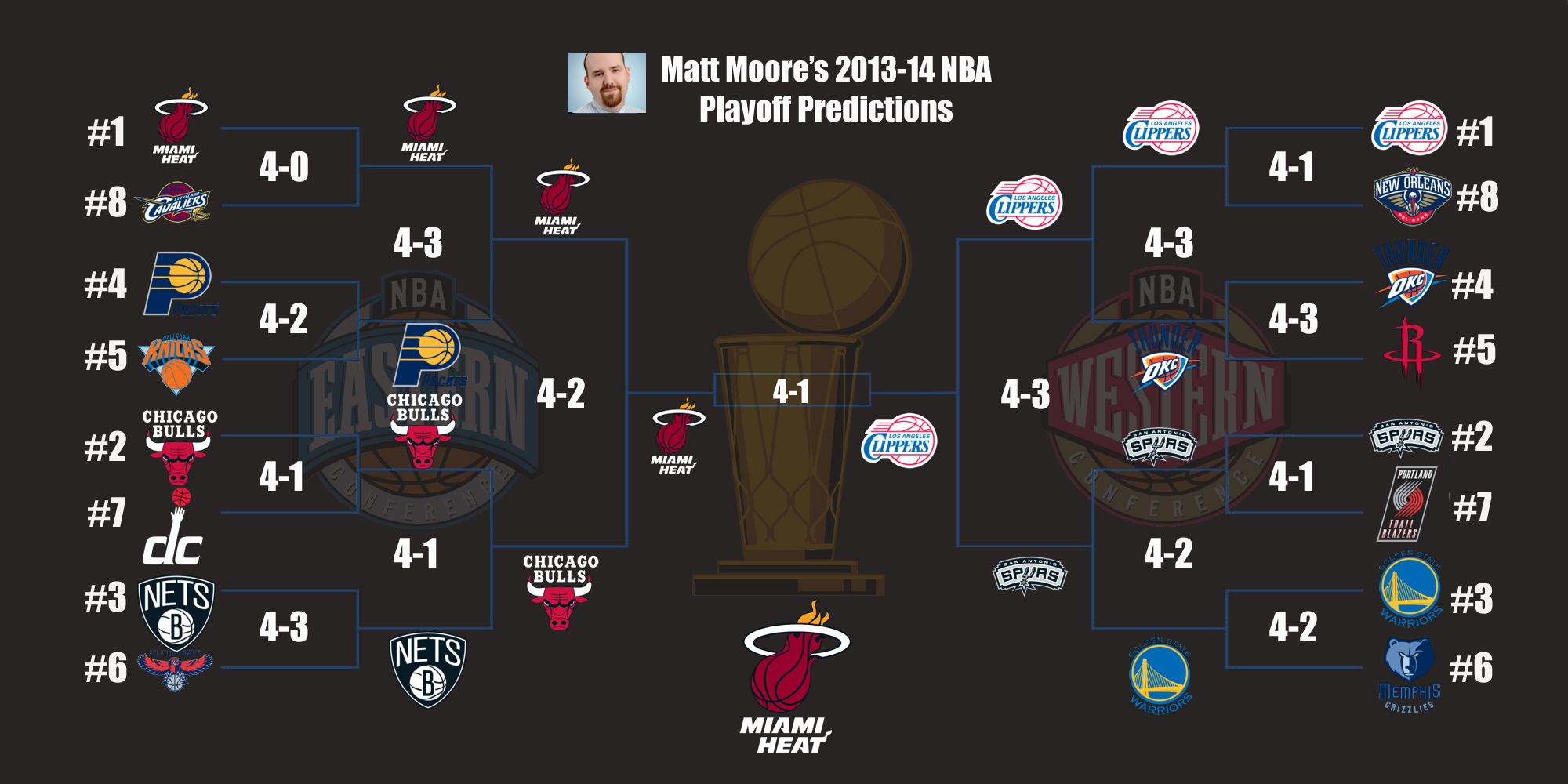 Kuzma on Westbrook deal: you do that 10 out of 10 times