The Blues are off to a 5-0 start for the first time in franchise history. The Kings haven't won since their season opener.

''I'm playing with good partners. They create the chances for me,'' Tarasenko said. ''I said it before, I need to find a way to put it in. It's a lot of scoring chances, so eventually it will go in the net.''

Husso stopped 34 shots in his first start of the season. The Finnish goalie is in his second season, and improved to 2-1 against Kings.

'I felt good the whole game. A little nervous at the start, but that's part of it,'' Husso said. ''But overall I felt pretty good the whole 60 minutes. It was nice to get a win right away.''

Kings goalie Jonathan Quick had 32 saves in falling to 12-16-3 lifetime against St. Louis.

Tarasenko's first goal of the season came on a dazzling play at 3:08 of the third period to snap a scoreless tie. Tarasenko took a cross-ice pass from Tory Krug, cut inside Kings defenseman Mikey Anderson and snapped a wrist shot in the top corner past Quick.

''I mean, sometimes you need to try something, not just shoot the puck,'' Tarasenko said. ''Good thing it worked out. I told you before, I don't like to really talk about goals because the biggest thing is just two goals, help the team win. I'm not going to lie, it's nice to score the goals.''

Robert Thomas assisted on the goal. He said getting to see Tarasenko do what he can do on the ice is a treat.

''That's just an unbelievable move,'' Thomas said. ''It was vintage Vladi. He's a player who can make those moves. It was a beauty. It's a ton of fun skating up the ice behind him watching him make some magic.''

For the second goal, Ivan Barbashev poked the puck forward to Tarasenko and he made it look easy on the breakaway. And Tarasenko's third goal of the season came with just under five minutes left and the fans began to chant, ''Vladi, Vladi, Vladi.''

''We always have support from the real fans,'' Tarasenko said. ''I always said it in the interviews. Our family got so much help from people from St. Louis. The support through this 10 years was very awesome.''

Tarasenko has a four-game point-scoring streak (three goals, three assists), and in his career, he has 23 points (12 goals, 11 assists) in 25 games against Los Angeles.

The Blues added an empty-net goal with about a minute left from David Perron, who has six goals over the last three games.

The win gave the Blues back-to-back wins over Los Angeles after routing the Kings 7-3 on Saturday.

''It doesn't matter. A loss is a loss,'' King defenseman Matt Roy said. ''With everything happening, we all need to step up and make something happen. We all need to pitch in and do more.''

The Blues outshot the Kings in the first period, and the Kings reversed the trend in the second period. In the third, they were fairly even.

''We have to score a goal obviously to win,'' coach Todd McLellan said. ''We had a couple of individual mistakes that cost us.''

Defenseman Sean Walker got his legs tangled with David Perron after a faceoff late in the first period. The two went down and Perron landed awkwardly on Walker's right knee, which got bent in a bad angle. Walker needed help getting off the ice and did not return to play. ''He couldn't put any weight on it,'' McLellan said. ''It's not a minor injury by any means.''

Blues LW Pavel Buchnevich was back after he served a two-game suspension for a head butt against Arizona forward Lawson Crouse on Oct. 18. In the Blues' first four games, Buchnevich has played only one full game. ... Kings D Drew Doughty (knee) was scratched again after being injured Friday night in a knee-to-knee hit from Dallas D Jani Hakanpaa. Doughty had tied the franchise record for most points through the first three games of a season for a defenseman, with seven points (1 goal, 6 assists). ... Kings D Austin Strand, who was recalled from the Ontario Reign on Saturday, made his 2021-22 season debut. Strand appeared in 13 games for the Kings during last season. 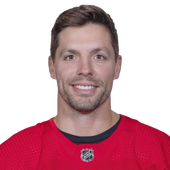