Kyle Connor connected for the third straight game and had two assists, Mark Scheifele had his team-leading 11th goal, and Jansen Harkins also scored for the Jets. They have won two straight and three of four to improve to 13-6-1.

Connor Hellebuyck made 23 saves and defenseman Josh Morrissey had three assists as Winnipeg dominated with a 44-shot attack.

Winnipeg's third and fourth lines got its offense rolling, then the Jets bigger names joined the party. Dubois netted his ninth and 10th goals in the third period to put it away.

''Tonight they really got us going and I mean they're the reason that we're winning,'' Dubois said. ''For it to be sustainable throughout the season, you're going to need a lot of pieces to get going.''

Dubois' second goal was nifty deflection of Morrissey's shot. Scheifele also was in the slot and it seemed that Winnipeg's top two goal scorers jokingly negotiated for the tally.

Scheifele was first incorrectly credited with the goal, but the puck did strike Dubois' stick.

''Yeah, me and Scheif were talking about it,'' Dubois said. ''It was just one of those where you throw your stick in the middle and hope it hits, and then it went in.''

Taylor Raddysh scored for the second straight game and Jujhar Khaira had a power-play goal for Chicago, 0-6-1 during its slide.

The Jets moved ahead of Colorado and into second place in the Central Division. With 27 points, Winnipeg is one behind first-place Dallas.

Maenalanen entered with just one goal and one assist in 19 games this season and five career goals in 53 games The 6-foot-4 Finn had his second two-goal game in the NHL; he had one in January 2019 with Carolina against the Rangers.

''Every line scored and that's nice to see,'' Winnipeg coach Rick Bowness said. ''We need some goals from that bottom six (forwards) and we've been getting them.''

Chicago fell behind 1-0 as it was outshot 17-7 in the first period. The Jets picked up the pace and took charge with four goals in the second before Dubois iced it in the third.

`We just are sometimes, unaware in certain areas defending,'' Richardson said. ''You play good teams with the Scheifeles and the Connors and they're going to score.

''We've got to obviously score more goals to win a game, but we can't give up the goals that we're giving up right now.''

NOTES: An apparent tip-in goal by Chicago's Andreas Athanisiou 6:18 into the first was disallowed after a video review showed he was offside. ... The Jets activated F Morgan Barron from injured reserve (upper-body) and assigned D Ville Heinola to the Manitoba Moose of the AHL. . Winnipeg C David Gustafsson sat out with an undisclosed injury and veteran C Sam Gagner (only two assists in nine games) was a healthy scratch. . Blackhawks D Mark Tinordi sat out with an undisclosed ''chronic issue.'' D Filip Roos took his spot in the lineup. 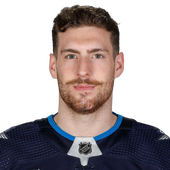