Radim Zohorna and Jason Zucker each added a goal and an assist, Mark Jankowski also scored, and Letang and Rodrigues also each had an assist. Tristan Jarry stopped 22 shots to help Pittsburgh snap a two-game skid.

The Penguins had given up 15 goals in the two losses - 7-5 at Boston last Saturday and 8-4 here to the Rangers on Tuesday night.

''We knew we had to turn the page quick,'' Letang said. ''We know going forward if we want to have success we need to play a good defensive game with the five-man unit out there. I think we tightened up today and we got the result.''

The Penguins beat the Rangers for the sixth time in eight games this season. Pittsburgh pulled two points behind second-place Washington in the East Division.

''It was an important win for us,'' Penguins coach Mike Sullivan said. ''This is something we can build off of.''

Colin Blackwell and Kevin Rooney scored for the Rangers, who were 3-0-1 in their last four. Igor Shesterkin, starting for the fifth straight game, made 27 saves.

''They were just on top of us all game,'' New York defenseman Adam Fox said. ''They did a good job forechecking and hemming us in our zone a little bit. ... They came out a little faster and it was obviously a tough one for us.''

Zucker scored on a backhander with 9:31 left in the third for is sixth to give the Penguins a 4-1 lead.

Rooney pulled the Rangers within two with 6:12 left. Fox drew Jarry out to the goalie's left as he skated past the goal line and sent a pass back in front and Rooney scored into the open goal.

The Rangers pulled Shesterkin for an extra skater with a little more than 2 1/2 minutes left, but Jankowski sealed it with an empty-netter a minute later to seal it.

''We've got to find that balance of being effective offensively and playing the right way,'' Rangers coach David Quinn said. ''I certainly knew what was in store for us tonight. We weren't able to be consistent enough throughout the game.''

Blackwell tied it at 1 at 2:02 of the second. With the Rangers on their second power play of the game, Pavel Buchnevich sent a pass from the bottom of the right circle in front to Blackwell, who quickly beat Jarry for his 11th.

Letang put the Penguins back in front 1:21 later as his pass toward the front of the net for Bryan Rust, deflected off Chris Kreider's stick and through defenseman Ryan Lindgren's legs and past Shesterkin. It was Letang's seventh.

''I really calculated everything and I wanted it to hit that skate,'' Letang joked. ''No, I tried to pass it to Rusty and got a fortunate bounce.''

On the Penguins' second power play of the game, Zohorna sent a pass from near the goal line on the left side in front to Rodrigues, who beat Shesterkin with 8:32 left for his fifth to make it 3-1.

Kreider had a penalty shot with 2:01 left in the middle period after he was taken down by Cody Ceci on a breakaway, but Jarry denied his attempt.

The Penguins came out aggressive and outshot the Rangers 13-5 in the first period, including 9-2 over the first 5 1/2 minutes. Pittsburgh then broke though on its 10th attempt.

Off a long pass from Marcus Pettersson, Zohorna skated up the right side, cut in front of the goal and beat Shesterkin from the left side at 6:26 for his second goal in four games this season.

''We've really liked what we've seen from Z from the minute he's been in training camp,'' Sullivan said. ''We've been really intrigued by his game. We think he has got good hockey sense, he's got good offensive instincts.''

The Rangers were able to get COVID vaccines on Wednesday, and most of the players got their shots.

''We're very fortunate to be able to get that vaccine,'' defenseman Jacob Trouba said. ''It's obviously been a crazy time. ... Hopefully we can in the near future move on to a little more of normal life.''

D John Marino was back in the Penguins' lineup after leaving Tuesday's game in the third period with an undisclosed injury. He missed practice Wednesday, but took part in the optional morning skate Thursday.

The Penguins continue to be without injured forwards Teddy Blueger, Evgeni Malkin, Kasperi Kapanen and Brandon Tanev. Sullivan said F Anthony Angelo remained on the taxi squad because he did not accompany the team to New York for the four games against the Rangers and New Jersey Devils due to an upper body injury.

Penguins: At New Jersey on Saturday night to open a two-game series.

Rangers: At the New York Islanders on Friday night to open a two-game series. 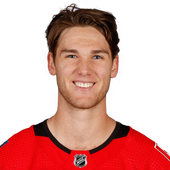