Playing on his 25th birthday, Evans was taken off the ice on a stretcher with 57 seconds left after being crushed in the head and shoulder area by Jets center Mark Scheifele an instant after tucking in an empty-net goal.

Evans chased down the puck behind the net, tightly circled back around the goal cage and scored just before Scheifele's sent him crashing to the ice.

Scheifele was given a major for charging and a game misconduct.

Montreal interim coach Dominique Ducharme called the hit ''vicious'' and ''useless,'' and said Evans had not yet been taken to a hospital.

In 2018 during a Canadiens' rookie showdown game, Evans was hit and taken off the ice on a stretcher to a hospital and then put in concussion protocol.

Game 2 of the best-of-seven series is Friday night in Winnipeg.

Fans were allowed inside Bell MTS Place for the first time this season. The Manitoba government allowed 500 fully vaccinated health-care workers to attend.

It was Winnipeg's first game since May 24, when it swept the Edmonton Oilers. Montreal overcame a 3-1 series deficit and eliminated the Toronto Maple Leafs on Monday night in Game 7.

Kotkaniemi described the hit on Evans as ''disgusting.''

''No respect for the other players out there,'' he said. ''I'm not saying anything more than that.''

Kotkaniemi bumped fists with Evans as he was being wheeled off the ice.

''Just seeing him moving after a thing like that, it's huge,'' Kotkaniemi said. ''Even getting the fist bump, you know, it's great to see that. I'm feeling much easier now just knowing he's OK.''

Jets coach Paul Maurice acknowledged it was a big hit by Scheifele.

''Well, hopefully the young man is going to be all right,'' Maurice said. ''It's such a highly unusual play because you're backchecking back to kill an empty-net play, you're coming full speed. When Mark stopped skating he kept his arms in. It's a heavy, heavy hit. There's no doubt about that. I'm sure the league will have its opinion.''

''Just hope he's OK,'' Wheeler said. ''I mean, that's it. Really, that's all. That's the concern. It's never good to see a guy on the ice for that amount of time and the stretcher out is scary.'' 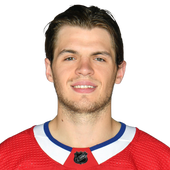