SEATTLE (AP) Andrei Svechnikov scored two goals 70 seconds apart in the second period, Sebastian Aho had a goal and two assists, and the Carolina Hurricanes remained unbeaten with a 5-1 win over the Seattle Kraken on Monday night.

Carolina improved to 3-0 behind a barrage of second-period goals. Carolina scored three times in less than three minutes, two of them coming on the power play after the Hurricanes started the season 0 for 5 in extra-man opportunities.

''You need your best players to be the best players if you want to have any kind of success as a group,'' Carolina coach Rod Brind'Amour said. ''So far, those guys have been - three games in - but they certainly have done their job. We need to keep that going.''

Svechnikov's first came at 13:24 of the second when Aho found him alone at the side of the net. Barely a minute later, Martin Necas' shot from between the circles was tipped by Svechnikov in front of the net and trickled past Seattle goalkeeper Philipp Grubauer.

It was Svechnikov's first two-goal game of the season after he had five last year on his way to a career-high 30 goals.

''He's a great player. You want to find him because he can put the puck in the net,'' Aho said.

Seth Jarvis jammed a short-side goal past Grubauer in the opening minutes of the first period to give Carolina an early advantage after coming back from 1-0 deficits in each of its first two wins. Aho's power play goal midway through the second made it 2-0.

''You're playing with fire when you put these guys on the power play that often and you know it came back to get us on their second goal,'' Seattle coach Dave Hakstol said.

Jordan Martinook scored on a rebound at 14:41 of the third period for his first goal of the season.

Carolina goaltender Frederik Andersen made 22 saves, including 12 in the third period as Seattle pushed to get back in the game.

Burakovsky's goal was his 300th career point and pulled Seattle within 2-1 at 13:06 of the second period. It was his second goal and fifth point in four games with his new team. But Seattle's' scoring chances were limited for the first 40 minutes and the Kraken had just 11 shots through two periods. Seattle was routed at home for the second straight game after losing 5-2 to Vegas on Saturday.

Grubauer made 29 saves, but the soft early goal allowed to Jarvis left Seattle playing from behind form the outset.

''That puts you in a hole right away and you have to play from behind. Now we were able to get going and pushed back in, but again that's not a great way to start a hockey game,'' Hakstol said.

Seattle first-round pick Shane Wright made his home debut after being scratched on Saturday against Vegas. The Kraken plan to be cautious with Wright's workload early in his rookie season. Wright was paired on the fourth line with Daniel Spring and Morgan Geekie, but the amount of special teams time on the ice limited Wright to just 6:50.

''That's partly the special teams and partly the flow of the game,'' Hakstol said.

NOTES: Ondrej Kase missed his second straight game for Carolina due to a concussion. ... The game was delayed several minutes during the third period after a section of the glass had to be repaired.

Kraken: Close out a three-game homestand on Wednesday against St. Louis. 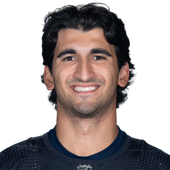