PITTSBURGH (AP) Sidney Crosby's been around long enough to realize the issues currently plaguing the Pittsburgh Penguins can't be solved in one shift, one period or even one game.

That sure didn't stop the Pittsburgh captain from trying. Crosby scored a spectacular goal and set up two others during a 5-1 victory over Dallas on Wednesday night in his return to the lineup after missing three games with an upper-body injury.

''I think our team gets a foot taller when he's in our lineup because of the inspiration that he is for our group,'' Penguins coach Mike Sullivan said.

The Penguins began the day at the bottom of the Eastern Conference thanks to a 1-7-2 slide, unfamiliar territory for a team less than 18 months removed from back to back championships. The defense has been shaky at best and the goaltending not much better. Sullivan preached patience and on Tuesday stressed the team had no plans to abandon the frenetic style of play that has become its trademark during his hugely successful three-year tenure.

It's a style that hardly looks out of place when Crosby's familiar No. 87 is on the ice.

Desperately needing a spark two days removed from a nightmarish loss to Buffalo in which the Penguins gave away a three-goal lead over the final 30 minutes, Crosby provided one. He set up Jake Guentzel for a goal less than 4 minutes into the game and provided a highlight-reel marker later in the opening period when he raced down the right side, held off Dallas defenseman Esa Lindell and flicked a rebound past Anton Khudobin to give Pittsburgh a 3-0 advantage just 10:04 into the game.

''I had some room to take it to the net,'' Crosby said. ''Sometimes they go in. Sometimes you get a save sometimes you draw a penalty. It was good to see it go in.''

Evgeni Malkin, Patric Hornqvist and Tanner Pearson also scored for the Penguins. Creating offense, however, is rarely an issue for Pittsburgh. The biggest development against Dallas may have been the play in front of Casey DeSmith. Pittsburgh surrendered three shots in the first period, a season-low 19 in all and didn't get sloppy after staking him to a massive lead. DeSmith finished with 18 saves, his shutout attempt ending 7:55 into the third period when Mattias Janmark scored.

It was the lone highlight for the Stars. Khudobin, starting in place of injured Ben Bishop, stopped just 11 of 16 shots and was removed when Pearson beat him with a slap shot on a breakaway to make it 5-0. Rookie Landon Bow played well in his NHL debut, stopping all 14 shots he faced.

''Pretty embarrassing tonight,'' Dallas forward Jamie Benn said. ''I think we let our goalie down, and we let each other down. Tough night.''

It tends to happen when Crosby is at the top of his game. He slid a backhand pass across the ice to Guentzel for a one-timer that slipped between Khudobin's pads to give the Penguins the lead 3:58 into the first period. Malkin's wrist shot on the power play just over 2 minutes later doubled Pittsburgh's advantage, the Russian star flexing as the red goal light came on.

Crosby's ninth of the season wrapped a frantic three-goal first-period outburst by Pittsburgh against a team that had allowed just 10 goals in the first period all season.

It would get no better for Dallas in the second. DeSmith denied Tyler Seguin on a breakaway and moments later Hornqvist flipped in a rebound to push it to 4-0. The sequence repeated itself when DeSmith got a pad on a shot by Janmark, leading to a breakout that ended with Pearson - acquired in a trade with Los Angeles last week - ripping a slap shot for his second goal in as many games.

''It's a heck of a shot, the goal he scores tonight,'' Sullivan said. ''My hope is he's going to gain a whole lot of confidence from scoring a couple games in a row. That was our hope when we acquired him, that he could help us in that area.''

NOTES: The Penguins went 1 for 3 on the power play. The Stars were 0 for 2 with the man advantage. ... Dallas scratched Bishop (lower-body injury), D Julius Honka and F Gemel Smith. ... Pittsburgh scratched D Chad Ruhwedel and F Daniel Sprong. ... Pittsburgh is 6-0-1 against the Western Conference. ... 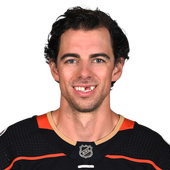