SUNRISE, Fla.- (AP) Frank Vatrano and Joe Thornton each scored their first goals of the season and the Florida Panthers stretched their unbeaten streak to six games with a 5-3 victory over the winless Arizona Coyotes on Monday night.

Carter Hutton made 10 saves before leaving the game after the first period with a lower-body injury. Karel Vejmelka started the second period and stopped 26 shots.

''You never hope to go through it but we're in the thick of it and there's no easy way out,'' Coyotes forward Christian Fischer said. ''It's going to take a lot of work. It's early (in the season) but it (stinks). We've got to put it together soon.''

Leading 4-1 midway through the third period, the Panthers seemed to be cruising to an easy victory, but O'Brien scored at 11: 57 to make the score 4-2. Kessel scored 34 seconds later to close the Coyotes to 4-3.

''I think we did a good job at capitalizing on our chances,'' Vatrano said. ''I think their goalie made two big saves there where we could have put the game away and we gave them life. It's the NHL and you can't give any team life. We took the timeout, we knew we had the lead and just play hockey the way we know how and close it out.''

Duclair's empty-net goal with 38.9 left made the score 5-3 and iced the game.

''We knew going in it was kind of a dangerous opponent, and I think that being respectful from start to finish is part of it, and sometimes you get ahead, you get a little careless, we get a couple of situations that we mis-played and both ended up in the net, now it's a hockey game,'' coach Joel Quenneville said. ''We nailed it down at the end but certainly don't take anything for granted in this game.''

With the game tied at 1, Vatrano gave the Panthers a 2-1 lead when he found a loose puck in front and swept it past Vejmelka at 6:00 of the second.

Ekblad's power-play goal came on a shot from the point that may have hit a Coyotes player before it went into the net and put the Panthers ahead 3-1.

Huberdeau's goal at 6:54 of the third stretched the Panthers lead to 4-1.

At that point, it seemed the game was over but the two late goals made it a nail-biter until Duclair's empty-netter.

''The guys came out with a lot of pride. They battled hard and we made more plays. I liked our attitude in the third,'' coach Andre Tourigny said. ''We had the right mindset. In the first two we gave up a lot of speed and momentum to Florida.''

The Coyotes took a 1-0 lead on their first shot of the game. Keller pushed the puck between Knight's pads from the slot with 2:17 left in the first. It was the first time this season that the Panthers opponent scored the games' first goal.

The lead didn't last long. Thornton's power-play goal tied the game at 1-all with 18.8 seconds left in the first. Thornton, who signed to a one-year contract this season, poked in the puck from in front. The goal was the 24-year veteran's first as a member of the Panthers.

The Panthers outshot the Coyotes 11-1 in the first and 31-8 through two periods.

NOTES: Panthers C Sam Reinhart his recorded 300th NHL point with an assist on Thornton's goal.This is only the third time in the franchise's 28-year history that the Panthers have at least 10 standings points through six games, joining last season (11 points) and 1996-97 (10). The fewest Florida ever had after six games was two in 2012-13, Jonathan Huberdeau's rookie season. ... Coyotes D Conor Timmons sustained a lower-body injury and did not return for the third period. C Ryan Dzingel did not return after suffering an upper-body injury.There was no further information on the injured players post-game.This was the start of a season-long six-game road trip for Arizona. The Coyotes aren't home again until facing Seattle on Nov. 6. 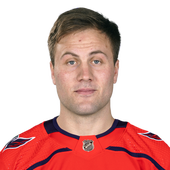