SAN JOSE, Calif. (AP) Ryan Donato broke a scoreless tie early in the third period of his return to San Jose and the Seattle Kraken beat the Sharks 3-1 on Tuesday night.

Donato knocked a rebound of his own deflection off Sharks defenseman Radim Simek's skate and past James Reimer for the goal. Donato spent last season playing in San Jose before leaving as a free agent in the summer.

''Obviously it's nice to do it against an old team and that kind of stuff,'' Donato said. ''It was a blessing that somehow it bounced off a couple of things and went into the net. I'm happy it went that way.''

Brandon Tanev added an insurance goal that proved key when Logan Couture finally got the Sharks on the board when he scored with the San Jose net empty with 2:07 to play.

Chris Driedger didn't allow anything else, thanks to defenseman Adam Larsson bailing him out in the second period with a stop on Matt Nieto. Driedger made 33 saves to help Seattle snap a three-game skid.

Calle Jarnkrok sealed the game with an empty-net goal.

Reimer made 27 saves. San Jose fell to 2-2 on a seven-game homestand that is the longest of the season for the Sharks.

''It seemed like the first one was going to win the game,'' Sharks coach Bob Boughner said. ''But the thing that's probably disappointing the most is they got the 1-0. We've got to keep it 1-0 and try to get that game to 1-1 to get to overtime. We can't give up the second one and we did. It was a frustrating game. We knew they work hard and they've got a balanced lineup. We couldn't generate enough.''

Both teams struggled to generate good scoring chances in the first two periods when most of the 38 shots came from low-danger areas and none got past either goalie.

The Sharks had the only power play, but struggled for sustained time in the offensive zone as the Kraken easily killed it.

''I think early on we were a little too cute,'' Sharks forward Timo Meier said. ''Tried too much to make some passes cross-ice and that's not how we score goals. I think it's got to be more of a straight line and more pucks and more bodies there.''

The best chance came early the second when Nieto got a rebound on his stick with an open net in front of him. His shot looked headed into the net, but Larsson got his stick down on the goal line and stopped it.

''That was the save of the year,'' Driedger said. ''It's always nice when one gets past you to have your D bail you out there.''

The Kraken started the game with a line of former Sharks with Alexander True centering Donato and Joonas Donskoi.

True was taken in the expansion draft by Seattle, while Donato and Donskoi signed as free agents in the summer.

The biggest applause in a first period that didn't feature many scoring chances or much excitement came during a stoppage of play when a replay of Stephen Curry's record-breaking 3-pointer was played on the video board.

Curry hit his 2,974th 3-pointer Tuesday in the first quarter of the Golden State Warriors' game against the New York Knicks, breaking the record set by Ray Allen.

SEAKraken
SJSharks
STARS OF THE GAME 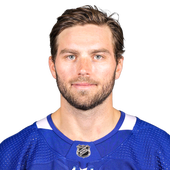