DALLAS (AP) Jani Hakanpaa and Joel Kiviranta scored during a frenzied two-minute span in the second period, and the Dallas Stars went on to a 4-1 victory over the Winnipeg Jets, who were still without new coach Rick Bowness on Monday night.

Hakanpaa got his first goal of the the season on a nearly 60-foot shot from the top of the right circle with 4:22 left in the second, putting the Stars up 2-1 right after they failed to score on a power play.

Not long after that, Jets goalie Connor Hellebuyck wasn't able to corral a long shot by Nils Lundkvist but still denied Kiviranta right in front. Kiviranta wound up falling down, but got up and backed out of the crease while the Stars maintained control. He then made a one-timer from the right circle on a cross-ice pass from Esa Lindell.

''It would be a disappointment if I would have got to the bench without that goal like right after,'' Kiviranta said.

A positive COVID-19 test right before the Jets' season opener Friday has kept the 67-year-old Bowness out of their first two games, including the trip to Dallas to face the team he led to the 2020 Stanley Cup Final and took back to the playoffs last season.

Pete DeBoer, who replaced Bowness, is the first coach in Stars franchise history to win his first three games. They have outscored their opponents 13-3, and scored four goals in regulation in three games in a row for the first time since the end of 2019.

''I thought that this group would be able to score, I really did,'' DeBoer said. ''I didn't know to what degree. But, I felt I felt that we could be more than a one-line team, which is essentially the tag that was hung on them last year, and probably warranted. ... I think just about every line has chipped in so far through three games.''

Tyler Seguin and Miro Heiskanen also scored for the Stars (3-0-0). Mason Marchmant, who had three goals in his first two games with his new team, had two assists.

Mark Scheifele scored his third goal of the season for the Jets (1-1-0) only 3 1/2 minutes into the game. That was the only of their 24 shots that got past Dallas goalie Jake Oettinger, including five shots during a four-minute power play in the third period.

''They really did a real good job of slowing us down,'' Jets assistant coach Scott Arniel Took said.

Bowness was hired by Winnipeg in early July, weeks after the Stars ended their season with a Game 7 overtime loss to Calgary in the first round of the playoffs. Bowness was at the end of his two-year contract, and days later said he was stepping aside to allow the Dallas organization to pursue a different direction.

The Stars play in Winnipeg in three weeks, on Nov. 8. The Jets return to Dallas on Nov. 24, the day after Thanksgiving, to wrap up the regular-season series between the teams.

Seguin tied it at 1 late in the first with his first goal of the season, and 306th in his career. He slid onto his knee across the front of the crease when he scored off a pass from Ty Dellandrea.

Heiskanen scored a power-play goal midway through the third.

NOTES: The Jets got their extended power play when Kiviranta got a double minor for high sticking. Officials took a long look at the replay before confirming the four-minute penalty. Neal Pionk had a visible cut just above on his right cheek and below the eye. ... The Stars have won their last four games over Winnipeg. The previous six meetings in the series had gone to overtime or a shootout. Dallas has won seven in a row at home in the series. 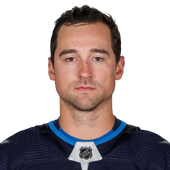