TORONTO (AP) Carter Hart played like the franchise goalie the Philadelphia Flyers needed to earn a piece of playoff history.

Hart stopped 23 shots and Jake Voracek scored to lead the Flyers to a 1-0 win over the Montreal Canadiens on Sunday night and grab a 2-1 lead in their Eastern Conference playoff series.

''Our guys are paying the price,'' Flyers coach Alain Vigneault said. ''It's hard hockey, it's physical hockey out there. Both teams want to win. Both teams are battling hard. Both teams are getting great goaltending.''

The top-seeded Flyers got another sensational performance from the Hart, who became the youngest Flyers goalie to ever record a shutout at 22 years, 3 days.

''It's a good thing he's a little bit oblivious to some things,'' Voracek said, laughing.

He made a slew of big saves and benefited from Montreal shots that clanged off the post. Hart was stout in the final minute when the Canadiens had the extra attacker he and rebounded from a disappointing 5-0 Game 2 loss when he was pulled from the game.

''Just how close of a group we are is a reflection of our play,'' Hart said.

With Oskar Lindblom watching from the stands, Voracek scored early in the first to snap a 95-minute scoreless streak for the Flyers. The Flyers did score first for the fifth time in six games since the NHL restart, and the quick jump has been a big advantage - they're 5-0 when they score first.

Lindblom, who turned 24 on Saturday, heard the sound of his Flyers teammates tapping the ice with their sticks as he returned to morning skate before Game 3. He was diagnosed in December with Ewing's sarcoma, a rare form of bone cancer. He completed radiation treatments July 2 and weeks later signed a $9 million, three-year contract extension.

''I think that definitely provided a little bit of a spark,'' Hart said after the win.

Lindblom said there was no timetable for a potential return to the lineup.

''It could take a couple weeks or months. I don't know yet,'' he said. ''We'll see how I feel when I start skating here for real with the team and we'll take it from there. I'm not going to stress anything here. Just take it slow and see what happens.''

The Canadiens again played without coach Claude Julien. Julien experienced chest pains last week and had a stent placed in a coronary artery. The team said doctors expect a full recovery. Kirk Muller was again on the bench for Montreal.

Julien texted his congratulations to Muller after the Game 2 win that evened the series. The Canadiens dedicated the victory to their sidelined coach.

For Game 3, it was the Flyers who drew inspiration from one of their own when Lindblom returned.

The Canadiens had a pair of shots clang off the post that were an inch or two away from potentially changing the course of the game. Price was solid in goal and had 19 saves. Voracek found one from the crease 5:21 into the game that stood up.

Montreal center Jesperi Kotkaniemi hit the crossbar just seconds into the third period - at least the fifth time the Canadiens hit nothing but post.

''I thought we did all the right things to win a hockey game,'' Price said.

Notes: Game 5 is Wednesday. ... Flyers captain Claude Giroux moved into sixth on the team's career postseason assist list with 43. ... The Flyers continued to struggle on the power play: Game 1 they went 1 of 3, Game 2 it was 0 for 5 and they held on to win Game 3 despite missing all six attempts. .. The Flyers had 24 blocked shots. 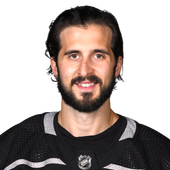