TORONTO (AP) After his team gave up two goals less than halfway through the first period, Washington coach Todd Rierden called a timeout. The Capitals started playing better right after, turning the tide with a big penalty kill and some big saves.

Alex Ovechkin scored twice, including the go-ahead goal early in the third period, as Washington rallied from two goals down to beat the New York Islanders 3-2 Tuesday night and avoid a sweep in their first-round series.

''I started to see it in the second half of the first period,'' Rierden said. :''We started to impose our will a little bit and tilt the ice in our favor by getting some offensive zone shifts. That's mandatory for us to have success as a team.''

Evgeny Kuznetsov also scored for the Capitals and Braden Holtby stopped 24 shots. Washington won for the second time in seven postseason games, going 1-1-1 in round-robin play in the qualifying round to fall to the No. 3 seed in the Eastern Conference, and then losing the first three games against the Islanders.

''Any comeback is exciting but I think it's more the way we played in the second and third periods,'' Holtby said. ''I think that's the key to our ability to come back and win the series. If we play every period like that its going to be really, really hard to beat us. ... Our job now is to make sure that filters over in the next game.''

Mathew Barzal and Jean-Gabriel Pageau scored in the first period to give New York a 2-0 lead. Semyon Varlamov finished with 26 saves.

''We got away from our game a little bit and they put on a press,'' Islanders captain Anders Lee said. ''Our start was obviously really nice tonight and we just didn't sustain that the way we needed to keep that momentum we earned in that first part of the period.''

The Islanders, who won three of four against Florida in the qualifying round, lost for the second time in eight games this postseason.

Ovechkin's second of the night 3:40 into the third period gave the Capitals their first lead. On a 2-on-1 with Tom Wilson, Ovechkin kept the puck and fired it past Varlamov for his fourth of the series. It was also the first goal Washington scored after the second period in this series.

New York pulled Varlamov for an extra skater with a little more than 1 1/2 minutes remaining, but couldn't tie it.

Washington controlled the play in the second period, keeping the puck in the offensive zone for much of the time. The Capitals outshot the Islanders 15-7 in the period and scored twice to tie it.

Kuznetsov got the Capitals on the scoreboard during 4-on-4 play as he brought the puck up the right side, cut across the front of the net and put it past Varlamov at 3:35.

''Big goal obviously by Kuzy gave us momentum,'' Ovechkin said. ''Holts was unbelievable today, PK blocking shots, do their job. We got rewarded. If we play like that we got pretty good chance to come back. But we're going to take a game at a time.''

With Washington on the power play, Ovechkin fired a slap shot from the top of the left circle off a pass from John Carlson to tie it at 2-2 1:54 later.

The Isles were swarming in the offensive zone from the start of the game and had an 8-1 advantage on shots on goal over the first nearly 10 minutes, scoring twice.

Pageau put the Islanders ahead 1-0 as he deflected Scott Mayfield's point shot past Holtby at 3:50.

Barzal, who had the overtime winner in Game 3 on Sunday, made it 2-0 less than 5 1/2 minutes later. He brought the puck up the middle, passed to Nick Leddy to his left, and as he was streaking to the net, tipped the return pass from Leddy past Holtby.

Reirden called a timeout immediately after the goal, and Washington picked up its intensity after.

NOTES: Washington was again without F Nicklas Backstrom, who has not played since he was injured early in Game 1 after a hit by the Islanders' Lee. ... The Capitals went 1 for 5 on the power play and shut down the Islanders on their five chances. ... Pageau has four goals this postseason. He had three in the first round against Florida, and got his first of this series Tuesday. ... New York's Cal Clutterbuck left the game in the second period after a hit by Washington's Radko Gudas and did not return. 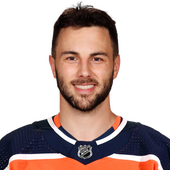